What happened to Ghana's Emmanuel Frimpong? 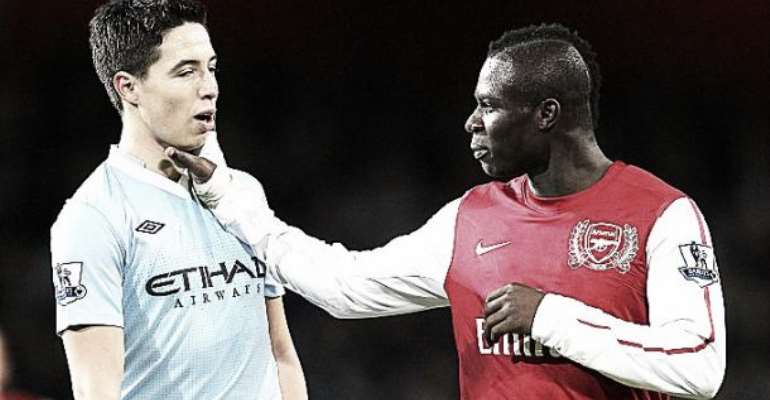 [caption id="attachment_272744" align="aligncenter" width="366"] Emmanuel Frimpong[/caption] Emmanuel Frimpong signed for Arsenal when he was nine-years-old, and was enrolled in the Hale End Academy, alongside a host of future Arsenal first-team and reserve players, such as Jack Wilshere and Jay Emmanuel-Thomas .He was hailed by Wenger in 2010 as “a fighter” and “a winner”.His no-nonsense defensive work in the middle of the park and determination prompted comparisons to fellow Ghanaian Michael Essien from some, and his development excited many of the Arsenal back-room staff, including Steve Bould.The midfielder made his professional debut for Arsenal in the Premier League against Newcastle United in 2011, aged 19, coming on as a second-half substitute for Tomas Rosicky.He earned fan appraisal for his spat with former Gunner Samir Nasri, when he played Manchester City in 2011.Yet, Frimpong never really made it at Arsenal. He was criticised by pundits and Arsenal fans for his lack of discipline, attitude and ineffectiveness on the ball. In 2012 he was featured on the remix of his cousin Lethal Bizzle's single 'Leave It Yeah', alongside Grime artists JME, Scrufizzer, 2Face, Frisco & Flowdan. Many disapproved with his venture into music, as they claimed that it was a distraction.However, some would argue that this particular criticism was unfair, and his musical endeavour was more to do with having fun and being enterprising, through the promotion of his clothing label 'Stay Dench', rather than distracting himself from football.You do have to remember that footballers are human, and they do indulge in non-football related activities now and then.When he eventually left Arsenal in search for first team football at Barnsley in January 2014, Frimpong had only made six appearances for the Gunners, due to loan spells at Wolverhampton Wanderers, Charlton Athletic and Fulham, as well as injuries.The 22-year-old joined Barnsley on 31st January 2014 for an undisclosed fee. On his debut against Sheffield Wednesday, he was sent off after 31 minutes.He was released after four months following Barnsley's relegation from the Championship, and only made eight appearances for the Yorkshire side. He spent the whole of pre-season as a free agent but signed a three-year deal for Russian outfit FC Ufa on 1st September 2014, despite offers from Austria and Greece.His cousin Lethal Bizzle recently tweeted that Frimpong is earning £500,000 a month in Russia. To put that into perspective, that's more than what Alexis Sanchez currently earns at Arsenal.When asked why he joined the Russian Premier League side, he said he wanted a new challenge and a change of country, stating that he felt that the Russian league was “one of the best in Europe”.He has made five appearances at the club so far. Frimpong, who remains an avid Arsenal fan, recently blasted Arsene Wenger and Arsenal's transfer policy on Twitter, stating that he felt that Arsenal should have focused on signing a defender and defensive midfielder, instead of attacking options like Alexis Sanchez.