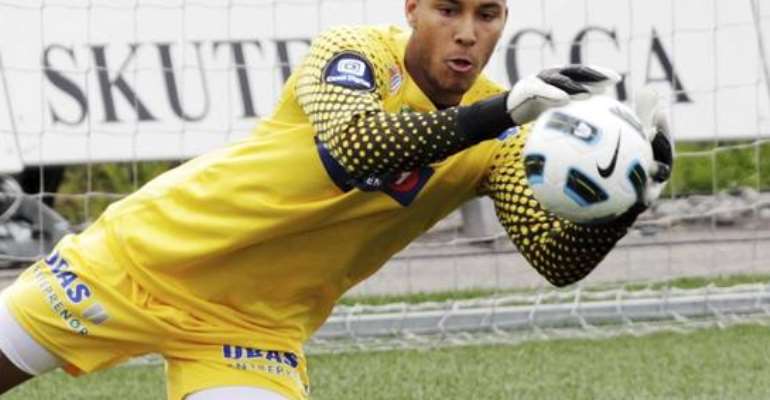 But there is the likelihood that former Ghana's first choice goalkeeper Adam Kwarasey will not respond to the national call.

The out-of-contract Stromsgodset goal stopper has cited his search for a new club as his reason for turning down the invitation.

Kwarasey, who helped his Norwegian club to finish fourth, has since the Brazil 2014 World Cup not returned to the national team's fold.

He has fingered national team goalkeeper's trainer Nasamu Yakubu for preferring and favouring Fataw Dauda over him.

The former Stromsgodset skipper has questioned the trainer's integrity and it is speculated that the growing friction between the two could be the reason for his lackadaisical approach to the national call-up.

Ghana is expected to fly out of the country to Uganda to face the Cranes in the second leg of the Nations Cup qualifier in Kampala.

They will return home to host their Togolese counterparts in Tamale after inflicting a 3-2 defeat over the Hawks a few weeks ago.

Returnee Dauda, Stephen Adams and Spain-based Razak Braimah are most likely to make the squad for this month's qualifiers.