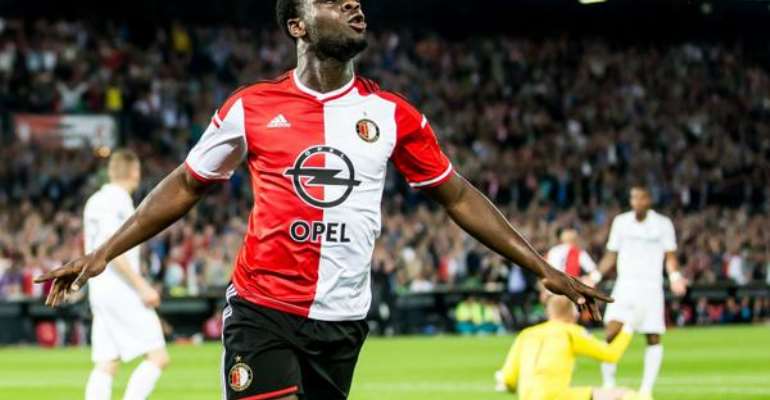 [caption id="attachment_272586" align="aligncenter" width="600"] Elvis Manu[/caption] In-form Feyenoord winger Elvis Manu must have his nationality verified by FIFA before he can represent Ghana as an international. The 21-year-old was born in the Dutch city of Dordrecht to Ghanaian parents and can play for the Black Stars despite featuring for Holland's youth teams.Manu has expressed interest in featuring for the West African country but must first be cleared by FIFA.Reports in the local media claimed the talented player could be named in Ghana's squad for this month's 2015 Africa Cup of Nations double-header against Uganda and Togo.Manu has scored two goals in ten Dutch Eredivise matches for Feyenoord and has agreed a two-year contract extension with the club.