Ill health: Chris Rogers forced to sit out game due to colour blindness 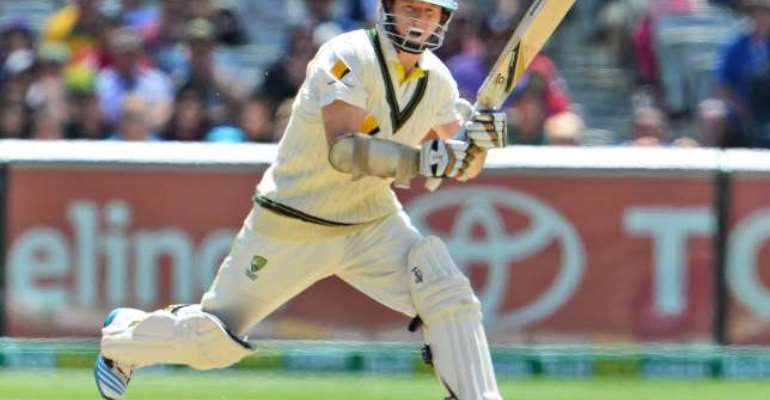 Rogers, 37, made two single-figure scores in Australia's second Test with Pakistan in Abu Dhabi, as Misbah-ul-Haq's men romped to a 2-0 series win.

The veteran left-hander is eager to make runs in a bid to impress the selectors ahead of his country's next assignment in the longer format, a four-Test series against India beginning on December 4.

However, Rogers will be forced to sit out the Sheffield Shield game between Victoria and Tasmania - starting on Saturday - as he is not able to adequately see the pink ball that will be used for the experimental day/night fixture.

Rogers has previous experience of playing in a match where a pink ball was used and vowed not to subject himself to a repeat.

While he understands Cricket Australia's desire to explore the possibility of playing more frequent day/night cricket, he acknowledges the timing of the latest trial is not ideal.

"In some respects it's probably nice to have a little bit of a break [after the Tests against Pakistan] but then again it would be nice to get out there and play and score some runs, Rogers is quoted as saying by Fox Sports.

"So that's a bit disappointing because I can't play. But that's the way it"s, I understand what they're trying to do, it just doesn't help me I suppose.

"I completely understand what they're trying to do, just from my past experience it was a tough experience [with the pink ball] so that's the way it is.

"I think there's enough cricket and I have to do well to get selected so hopefully I will."

Elaborating on his previous struggles in seeing the pink ball, Rogers added: "I have always known I am colour blind. It's something you have to adapt to as you go along, but there's no pink-ball cricket for me, that's for sure.

"I would never play with a pink ball again. I played one game and didn't see the ball at all, so it was a bit pointless.