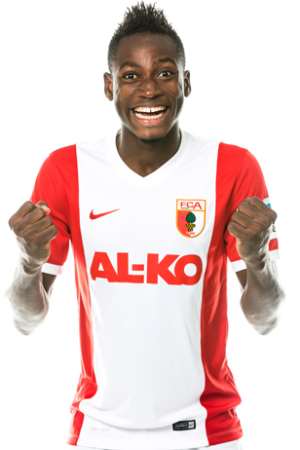 [caption id="attachment_272493" align="aligncenter" width="200"] Baba Abdul Rahman[/caption]Ghana defender Abdul Baba Rahman has been voted Augsburg' Player of the Month of October, GHANAsoccernet.com can exclusively reveal.The 20-year-old has been decorated with the award following a breathtaking performance for the German Bundesliga outfit during the last four weeks.The Ghanaian international has seen a considerable development in his game since he joined from second-tier side Greuth Furth, adapting and integrating quickly in the set-up.The Right to Dream product has suddenly become an important player for the team, featuring consistently in his first season.Many have paid tribute to his progress at Augsburg and gradually making the left-back role in the Black Stars his commodity.He is expected to play a key role for the West African during this month's Africa Cup of Nations qualifiers against Uganda and Togo.