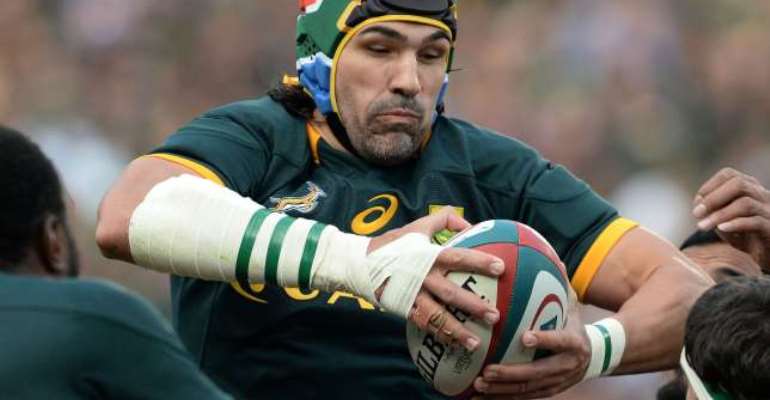 After guiding his side to a memorable victory over the mighty All Blacks last month, coach Heyneke Meyer has made just one alteration to his matchday squad, with Cheetahs prop Coenie Oosthuizen coming in for the injured Marcel van der Merwe.

Explaining his decision to call on the 17-times capped Oosthuizen, Meyer said: "Although Julian Redelinghuys was also considered, he's still new in the team and not familiar with our patterns of play and especially the line-out calls, while Coenie knows the way we play well.

"Coenie is also in great shape and we know what he can do, especially if he has to make an impact off the bench. It's good to have him back."

The Springbok XV boasts an impressive 672 caps, including record cap-holder Victor Matfield, and Meyer is pleased with the consistency of his starting line-up.

"It's only the fifth time in what will be the 34th Test since I was appointed as Springbok coach that we"ve been able to select an unchanged starting line-up," he added. "In this day and age, not making changes to teams is pretty much unheard of, but this is a great position we"re in. However, we need to make it count against a very tough Irish side on Saturday.

"Although we won our last Test, the challenge this week is to make another step up. It"s imperative that we improve in all facets of our play."