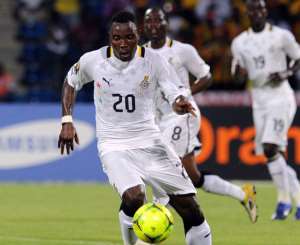 Kwadwo Asamoah displays for Juventus on Tuesday night in the UEFA Champions League is a huge boost for Ghana ahead of this month's 2014 Africa Cup of Nations qualifiers.

The versatile player had to pass a late fitness test for the match against Greek side Olympiacos.

Asamoah visited the treatment room after Sunday's 2-0 win over Empoli in the Serie A where he was substituted on 81 minutes.