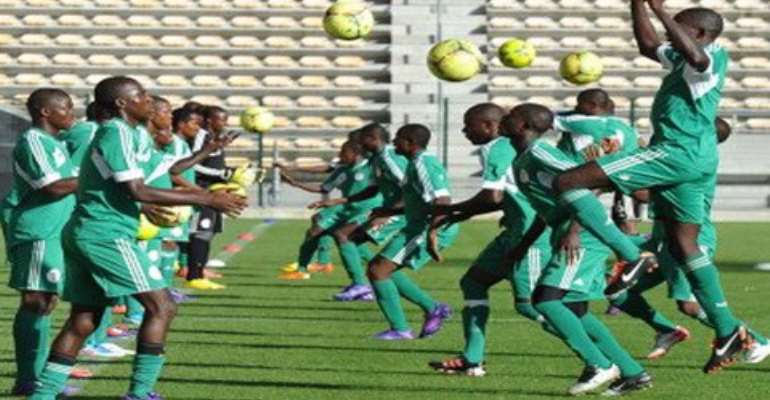 Invited national team players for the opening of the ultra-modern Uyo Stadium are all expected to report monday, by lunch time at the Le Meridien Hotel, the Akwa Ibom State capital.

However, training for the team is expected to commence Tuesday, as the players largely based in the Nigerian Professional League and are expected to tango the Black Meteors of Ghana in an international friendly that will officially signpost the opening of the Uyo Stadium.

Team coach, Stephen Keshi, said Sunday that he was honoured to be recalled to the national team but insisted that the focus is on the forthcoming Nations Cup qualifiers against Congo Republic and the final game against the Bafana Bafana of South Africa, which will also take place in Uyo.  “We have the players who can do Nigeria proud in the remaining qualifier games and I know somehow we will make to the finals and retain our trophy”.

Team Administrator, Dayo Enebi Achor, spoke in a similar vein assuring that the team will not fail to clinch one of the tickets for the Morocco 2015 Nations Cup. “The entire team is back now and we have to make a statement as the defending Champions. God will see us through”, he declared yesterday night.