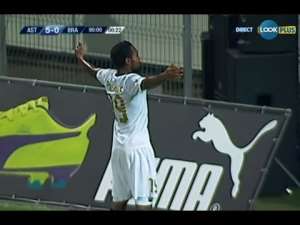 Ex-Hearts of Oak playmaker Winful Cobbinah continues to take the Saudi top-flight by storm as he netted for the second time running over the weekend.

GHANAsoccernet.com's Akyereko Frimpong Manson has a comprehensive wrap on how they fared over the weekend.

ENGLAND
Christian Atsu returned to the Everton 18-man squad for games but he sat on the bench for the entire game as they drew 0-0 with Swansea City on Saturday.

Jeffrey Schlupp was left out of the Leicester City that lost 1-0 against West Bromwich Albion at their own backyard.

Koby Arthur  played 64 minutes for Birmingham City when they held Wolverhampton Wanderers to a 0-0 draw.

Youngster Bernard Mensah could not make the Watford squad for their 3-1 triumph over Millwall.

Ghanaian-born Norwegian international Alexander Tettey  was in full time action for Norwich City as they posted a 2-1 win over Bolton Wanderers.

In the League One, former Chelsea youth captain Nana Ofori-Twumasi warmed the Yeovil Town bench as they held Chesterfield United to a 0-0 draw.

In the League Two, Derek Asamoah came off the bench to play the 26 minutes for Carlisle United for suffered a 3-0 loss against Portsmouth. Patrick Agyemang did not play for Portsmouth.

Kwesi Appiah was in full time action for Cambridge Utd who suffered a 2-0 loss at Bury.

In the Youth League, youngster Denzeil Boadu netted a hat-trick for Manchester City who mauled Bolton Wanderers 7-0 on Saturday afternoon.

French-born Ghanaian defender Dennis Appiah was benched by Caen in their 3-2 loss against Metz. Former Chelsea winger Florent Malouda scored the match-winner for Metz. But  ex-Ghana U17 striker Kwame Nsor missed the game with injury.

Andre Ayew  played the entire match for Olympique Marseille who restored their winning run with a 2-1 win over Lens at the Stade Velodrome.

Ghana defender Jonathan Mensah was left out of the Evian Thonon Gaillard squad when they suffered a 2-0 loss against Montpellier.

In the Ligue de Nationale, former Nania FC midfielder and Ghana U17 attacker Charles Boateng assisted a goal for Avranches who beat Strasbourg 2-1. Ben Amofa was not in the Strasbourg squad for the game.

ITALY
Sassuolo held Chievo Verona to a 0-0 draw. Midfielder  Isaac Cofie  came off the bench in the 56th minute to play for Chievo but  Raman Chibsah  was unused by Sassuolo.

Sampdoria silenced Fiorentina by beating them 3-1. Inter Milan loanee Alfred Duncan was introduced by Sampadoria in the 91st minute to play a cameo role.

Striker Richmond Boakye-Yiadom played the entire duration of the game for Atalanta who held Torino to a 0-0 draw.

Emmanuel Agyemang-Badu came off the bench to play for Udinese in the second-half as they lost 4-2 against Genoa at the Estadio Communale Fruili.

Kwadwo Asamoah played 81 minutes for Juventus in their 2-0 away win over Empoli.

Young defender Isaac Donkor was on the Inter Milan bench when they lost 2-0 against Parma. Midfielder Afriyie Acquah played full throttle for Parma.

In the Serie B, defender Moro Al-Hassan was on the Vizenca bench when they lost 1-0 against Carpi.

Former Inter Milan Primavera attacking midfielder Isaac Ntow was not in the Brescia team when they 3-2 against Trapani.

In other games, Ransford Selasi  played 56 minutes for Pescara who lost 2-1 against Spezia.

PORTUGAL
Osei Barnes was not in the Pacos Ferreira team when they hammered Vitoria Setubal 4-1.

Daniel Opare  could not make the FC Porto first team squad when they won 2-0 against Nacional on Saturday.

In the Bundesliga II, German-born Ghanaian defender Christopher Avevor was in full time action for Fortuna Dusseldorf who drew 0-0 with Ingolstadt.

In the Liga 3, Ghanaian-born Canadian international Randy Edwini-Bonsu came off the bench to play the entire second-half for Stuttgarter Kickers who held Dynamo Dresden to a 1-1 draw.

HOLLAND
In the Eredivisie, Ajax Amsterdam posted a 4-0 win over Dordrecht. Belgian-born Ghanaian Marvin Peersmann picked an injury and was replaced in the 28th minute by Dordrecht. Erixon Danso missed the game.

Youngster Rodney Antwi was left out of the FC Utrecht squad when they beat Vitesse Arnhem 3-1.

Raymond Gyasi  dropped out of the AZ Alkmaar 18-man squad for their 3-3 draw against Excelsior Rotterdam on Sunday.

G.A. Eagles suffered a 3-1 home loss at the hands of Heracles Almelo. Dutch-born Ghanaian attacker  Edwin Gyasi  was left out of the Heracles squad for the game.

In the second-tier league, Dutch-born attacker Jonathan Opoku scored the solitary goal of the game for Oss who beat Den Bosch 1-0.

Belgian-born Marvin Ofori-Appiah played in defensive midfield for Maastricht who slipped to a 2-0 loss against Telstar.

SCOTLAND
In the Premiership, Wakaso Mubarak played 71 minutes for Celtic as they coasted to a 1-0 win over Inverness Calidonian.

Elsewhere at the New Douglas Park, Ghanaian midfielder Abdul Osman was influential for Partick Thistle who frustrated leader Hamilton Academical to a 3-3 draw.

Nana Akwasi Asare was in full time action for KAA Gent who beat Lierse SK 1-0 at the own backyard.

Standard Liege won their third game on a row after beating KV Mechelen 2-0. French-born Ghanaian defender Jerry Vandam came off the bench to play the last 20 minutes for Mechelen.

Lokeren held Anderlecht to a 1-1 draw at their own backyard. Winger Frank Acheampong played the entire minutes of the game for Anderlecht while Belgian-born Denis Odoi was also in full time action for Lokeren but Eugene Ansah missed the Lokeren squad.

KRC Genk slipped to a 2-0 loss at the hands of Zulte-Waregem. Ghanaian midfielder Bennard Kumordzi watched the game from the screen due to injury.

In the Second Division, OH Leuven were silenced 3-0 by Sérésien. Ghanaian midfielder Abdul Yaiknu-Iddi came off the bench in the 64th minute to play for Leuven.

Samuel Asamoah scored for the second game on a row for AS Eupen who drew 1-1 with SV Roeselare.

DENMARK
German-born Ghanaian defender Lenny Sowah warmed the bench for Vestsjaelland who suffered a 4-1 home defeat at the hands of Esbjerg.

Daniel Amartey and Danny Amankwaa were both in action for FC Copenhagen who drew 1-1 with Sonderjyske on Sunday.

FC Midtjylland consolidated their place at the summer of the Superliga table after beating Nordsjaelland 2-0. Defender Francis Dickoh was not in the Midtjylland squad for the game as well as youngster Kamal Issah in the Nordsjaelland team.

SWEDEN
Champions Malmo FF slipped to a 2-1 loss against Åtvidaberg. Ghanaian midfielder Mohammed Abubakari was in full time action for Åtvidaberg while Enock Adu Kofi also completed the entire duration of the game for Malmo who finished the game with ten men.

Elsewhere AIK Solna held Kalmar to a 1-1 draw. Both Ebenezer Ofori and Ibrahim Moro both played full throttle for AIK but Kwame Karikari was axed from the AIK squad for the game.

Falkenberg and Mjällby shared the spoils in a 0-0 on Saturday. Godsway Donyoh played 56 minutes for Falkenberg but Kwame Bonsu missed the Mjällby squad for the game.

IFK Göteborg humiliated Halmstad BK by beating them 5-1. Swedish-born defender Joseph Baffo and midfielder King Osei-Gyan both started the game for Halmstad but were replaced in the second-half.

Gefle made eased to a 2-1 win over Helsingborg IF. David Accam was left out of the Helsingborg squad for the game but Ema Boateng played full throttle for Helsingborg.

Benjamin Fadi played the entire second half for Varnamo who lost 6-0 against Sirius. 19-year-old midfielder Kingsley Sarfo came off the bench in the 65th minute to play for Sirius.

CZECH REPUBLIC
Isaac Sackey  was not in the Slovan Liberec team when they lost 1-0 against Jablonec but Dutch-born Kevin Luckassen came off the bench to play the last 19 minutes for Liberec.

Francis Narh and Derrick Mensah were both in action for Banik Ostrava who beat Hradec Kralove 2-1.

QATAR
Ghanaian midfielder Mohammed Muntari scored in the 32nd minute for Al Jaish who beat Al Shahaniya 4-0. He was booked in the 16th minute and played 70 minutes of the game.

GREECE
Abdul Aziz Tetteh played 74 minutes for Platanias in their 1-1 draw with Giannina on Saturday.

SERBIA
Moro Abubakar was not in the Donji Srem team when they lost 3-2 against Jagodina.

Abraham Frimpong sat on the bench for Napredak as they beat Borac 1-0 in an away fixture.

In other games,  Obeng Regan lasted until the 86th minute for Cukaricki who defeated Mladost 1-0.

SPAIN
Nuhu Kassim was in full time action for Real Mallorca who triumphed 2-1 over Lugo.

In the third-tier league, Benjamin Akoto Asamoah played the entire minutes of the game for Atletico Madrid who beat Rayo Vallecano B 4-1.

In the Segunda B, former Asante Kotoko midfielder Michael Anaba was in full time action for Elche B when they won 2-1 against Espanyol B.

In the Second-tier league, former Ghana U20 center-back Jacob Attamah played the entire match for Adana Demirspor who lost 2-1 against Elazigspor.

Ghana defender John Boye was booked in the 86th minute and played the entire match for Kayseri Erciyesspor who drew 1-1 with Rizespor.

In other games, former Hearts of Oak playmaker Torric Jebrin was left out of the Bucaspor team when they lost 2-1 against Antalyaspor on Saturday.

Experienced midfielder Yussif Chibsah was on the bench for Alanyaspor who lost 3-1 at home against Osmanlispor.

ROMANIA
Ex-Ghana youth attacker Sadat Bukari climbed off the bench in the 57th minute to score the match winner for Astra Giurgui who beat Ceahlaul 2-1. Midfielder Seidu Yahaya also played in the entire minutes of the game for Astra.

SWITZERLAND
FC Sion crawled from behind to draw 2-2 with Aarau. Ghanaian youth attacker Ebenezer Assifuah came off the bench to play for Sion in the dying embers of the game. But Ishmael Yartey was not in the squad for the game.

Samuel Afum came off the bench to play the last 15 minutes of the game for BSC Young Boys who lost 1-0 against Vaduz.

NORWAY
Striker  Mahatma Otoo  played 67 minutes for Sogndal IF who were relegated from the Norwegian top-flight on the final day after losing 2-1 against FK Brann.

Adam Kwarasey and Bismark Adjei-Boateng were in full time action for Stromsgodset who beat champions Molde 2-0 at Drammen. Midfielder Mohammed Abu missed the game. Divine Naah was also not in the Stroms team for the game.

RUSSIA
Rabiu Mohammed played 71 minutes for Kuban Krasnodar who shared the spoils in a 3-3 draw with Sparta Moscow.