Decision over 2015 Africa Cup of Nations is expected on Monday 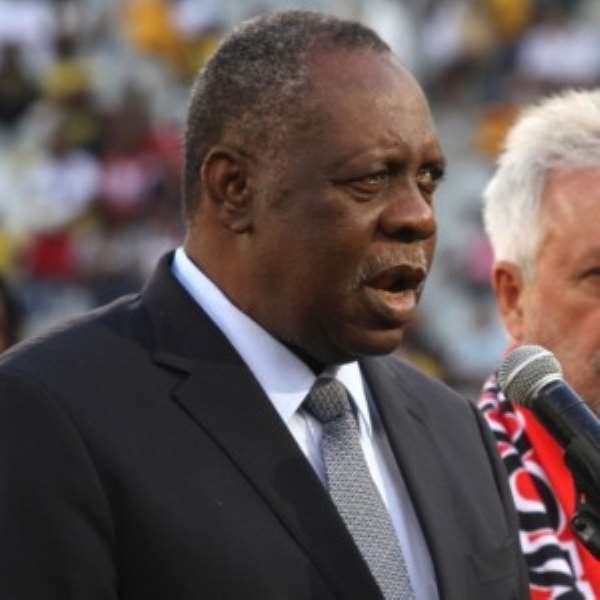 [caption id="attachment_272183" align="aligncenter" width="300"] Issa Hayatou and his executives are expected to take a decision on Monday[/caption] A decision on whether the African Nations Cup finals will go ahead in January or be postponed because of fears over the Ebola virus is expected on Monday after the Moroccan government meets with Confederation of African Football leaders. The meeting in Rabat was fixed last month when Morocco wrote to CAF asking it to postpone the tournament after being advised by its own health ministry that hosting the 16-team tournament posed a risk of the spread of the deadly virus.CAF immediately rejected the notion, insisting the three-week tournament go ahead as scheduled from January17-February8.Anticipating the possibility Morocco's government would stand firm, CAF have since asked seven countries if they might be able to step in as emergency hosts at short notice but not received a positive response, adding to the importance of Monday's discourse.But the meeting has been pre-empted in part by discussions last week when a Moroccan delegation flew to Cameroon to meet CAF president Issa Hayatou to "explain" its position, Morocco's state news agency said.Other Moroccan press reports said a decision had been made to move the finals to June but CAF moved quickly to deny them.A meeting of the executive committee of African football's governing body in Algiers on Sunday was to decide CAF's position for Monday's talks and officials said a possible statement on the outcome could come as early as Monday. CLIMB DOWN A move to dates in June would be a climb down for CAF which last month stridently declared it was not interested in changing the dates of the event."It should be noted that since the first edition in 1957, no Africa Cup of Nations has ever been a postponed or deferred," a statement from the Cairo-based organisation said last month after news of Morocco's request first broke.There have been no cases of Ebola infection in Morocco and only one country where the deadly haemorrhagic fever has taken hold has any chance of qualifying for the finals.Ironically, Guinea were granted permission by Moroccan authorities to use Casablanca to host two of their Nations Cup qualifiers in September and last month, after CAF banned Guinea from hosting games at home.They are among three west African countries banned from hosting any football games.The World Health Organisation said on Friday "intense transmission continues in Guinea, Liberia and Sierra Leone".The WHO on Friday updated its death toll for the worst Ebola outbreak on record to 4 951 people out of 13 567 confirmed cases in eight countries by the end of October.The death toll includes 2 413 in Liberia, 1 510 in Sierra Leone, 1 018 in Guinea, eight in Nigeria and one each in Mali and the United States. An unrelated Ebola outbreak in Democratic Republic of Congo has killed 49 people.