Sri Lanka play down expectations ahead of their tour of India 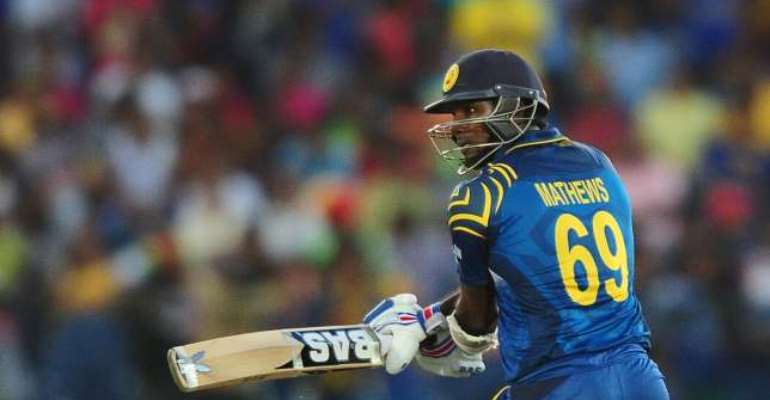 With the West Indies pulling out of their tour of India last month with five matches remaining due to a player-payment dispute, India and Sri Lanka quickly arranged for the latter to come and play a five-game one-day international (ODI) series in an attempt to fill the gap.

But with Sri Lanka having barely played since August, when they hosted a series against Pakistan, Mathews has warned they may be out of touch, ahead of the opening match in Cuttack on Sunday.

"Not that we were reluctant to play this series. It's not the ideal kind of preparation for a tour to India," Mathews told Cricinfo.

"India is a tough place to play cricket in and you need preparation to play India in India, especially.

"We had been focusing a lot on our fitness over the last one and half months and suddenly this tour came up, so we had to take it. We'll take this as an opportunity to get our combinations right for the World Cup."

Sri Lanka will be without key bowlers Lasith Malinga (ankle injury) and Rangana Herath (rested) and conceded 382 runs to India A on Thursday with Rohit Sharma (142) and Manish Pandey(135 not out) both plundering centuries.

But Mathews hopes it will give Sri Lanka the chance to learn something about their younger bowlers.

"It lets us give an opportunity to youngsters like Seekkuge Prasanna, Suraj Randiv and Chathuranga de Silva," he said.

India's bowling attack has also come under scrutiny ahead of Sunday's opening match with ex-captain Sourav Ganguly claiming the home side should have picked Varun Aaron in their squad to face Sri Lanka.

Fast bowler Mohammed Shami (toe) will miss the series through injury and has been replaced by medium-pacer Dhawal Kulkarni.

But Ganguly - who played 113 Tests and 311 ODIs for India - does not understand why Aaron was denied an opportunity to take the next step in his career.

The 25-year-old fast bowler has not represented India since their Test series in England in August, while his last ODI was in February away to Bangladesh.

"Dhawal Kulkarni has been picked but I would have really wanted to see Varun Aaron play the ODIs," Ganguly told GoCricket.

"He's got pace and he needs to be kept in the side and nurtured to make him a better bowler."

Both teams are looking to build towards the Cricket World Cup, which will be held in Australia in February.