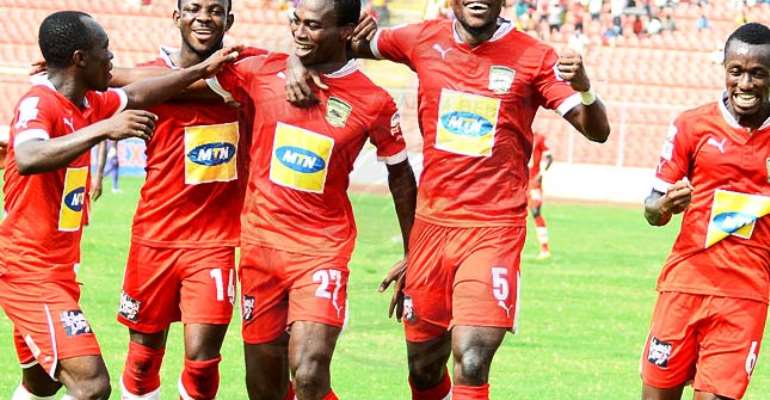 Ghanaian champions Asante Kotoko demonstrated the potency of their attack by destroying lower-tier side Saboba Chereponi Celtic 14-0 in a pre-season friendly on Thursday afternoon at the Baba Yara Stadium.

Burkinabe hit-man Ahmed Toure tested his sharpness in front of goal by netting the back of the net four times with the regulation minutes while midfielder Jordan Opoku claimed a hat-trick.

It was a game the Porcupine Warriors used to test their squad before they host Ivorian side F Tanda during the weekend.

Mas-Ud Dramani's men had gone quiet after triumphing over arch-rivals Hearts of Oak in a pre-season doubler last month.