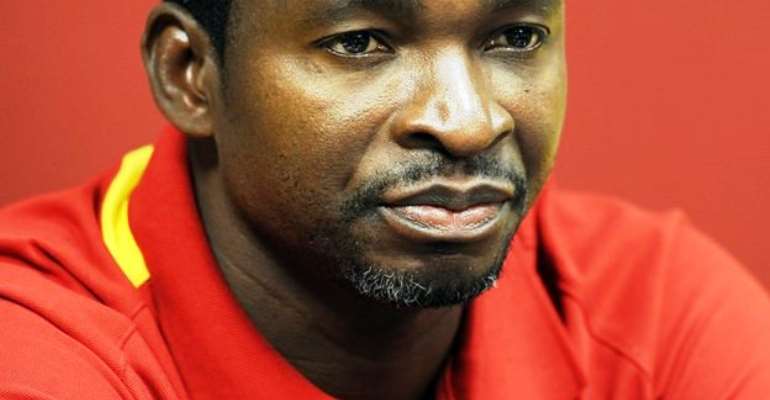 [caption id="attachment_271877" align="aligncenter" width="374"] Maxwell Konadu[/caption] Black Stars interim coach Maxwell Konadu will end the guessing game over Sulley Muntari when he names his squad for next month's Africa Cup of Nations double-header against Uganda and Togo next week, GHANAsoccernet.com can confirm. The 24-man squad will be released next week with all eyes decision on coach's decision over the AC Milan star.Muntari is desperate to return to the team after he was thrown out of the Black Stars camp during the 2014 FIFA World Cup in Brazil.The 30-year-old went bonkers and attacked Executive committee and Black Stars management team member Moses Armah during a meeting to resolve an impasse surrounding their appearance fee.The former Inter Milan man is expected to write a formal apology to pacify the Ghana FA and Moses Armah over the incident which has been widely condemned to pave the way for his return to the national team.The timing of the apology letter will be crucial for his inclusion in next month's qualifier against Uganda and Togo having missed out on the qualifying campaign so far due to the ban.GHANAsoccernet.com understands that Maxwell Konadu will hold showdown talks with him to gauge whether it will be prudent to name in his squad after he offers the groveling apology.No major changes are expected with the exception of Jordan Ayew who is suspended for the tie over yellow card accumulation.Ghana sits atop of the group with 8 points, two more than second-placed Togo before they travel to Kampala for the crunch tie.