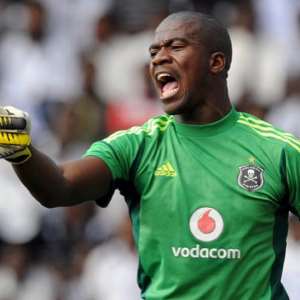 Senzo Meyiwa's funeral has been moved to Moses Mabhida Stadium to accommodate the masses of supporters who are expected to attend.

The funeral for the slain Bafana Bafana and Orlando Pirates goalkeeper was originally scheduled for King Zwelithini Stadium in his home town of Umlazi.

However, the PSL has now confirmed that the service has been moved to the 54 000-capacity Moses Mabhida due to the massive turnout expected to honour the life of the late Meyiwa.