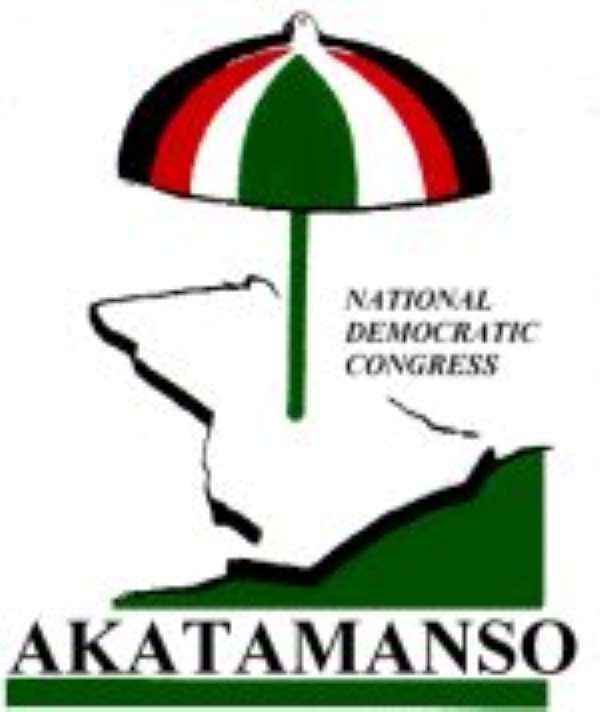 Begoro (Eastern Region) - The New Patriotic Party (NPP) parliamentary candidate for Fanteakwa, Kwadwo Adjei-Addo, has stated that it is never surprising to see areas the NDC described as its “world bank” underdeveloped.

According to him, the NDC only understood its 'world bank' constituencies to mean areas it took resources from without replacing them, like poor African countries taking money from the World Bank itself and not paying back.

Addo said this when he conferred with party followers to patch up their differences in the run up to the constituency primary to elect a parliamentary candidate at Begoro recently.

He observed that the NDC's game plan had always been, to make people dependent on “kick backs” or “money politics” without giving them an opportunity for self development.

“They just throw some few cedi notes at you and they think that is all. But I believe we have gone past that stage where Ghanaians should be looking for genuine leadership who will care about the people living in the rural areas,” he said.

The NPP parliamentary candidate, who doubles as the Presiding Member for the Fanteakwa District Assembly, described the constituency as an area rich in natural resources but dormant in terms of development.

This, he explained, was because the constituency had been denied visionary leadership and pointed out that the current MP, Hon. Samuel Ofosu Ampofo, instead of championing the cause of the district, was rather going round FM radio stations to promote his own image.

As to what his own vision for Fanteakwa was should he become the MP, Adjei-Addo said he would rekindle interest in education to equip the youth for the job opportunities that the government was creating to enhance the development of the constituency.

He said he would also improve upon agriculture since about 80% of the people were farmers who produced only at subsistence level. Improving agriculture would generate more income for them, which will put on hold on the rural-urban drift among the youth in the area.

He observed that the major problem facing the constituency was lack of accessible roads and therefore called on the people to join hands with the district assembly to find an early solution.

He told the supporters : “The Fanteakwa parliamentary seat got lost and it is time to wrest it from the NDC which stole it. With the kind of maltreatment they gave to the people, no one will say that they are not fed up with the NDC.”

Adjei-Addo maintained that with the clear evidence of what the NPP had done for the constituency, the party was going to win the December election massively, adding that “even blind men have seen what Kufuor is doing to develop the country”.

He denied rumours that the constituency executives, the DCE and party members were at each other's throat, saying that the party was united and solid on the ground just waiting to unseat the incumbent MP through fair and not foul means in the elections.