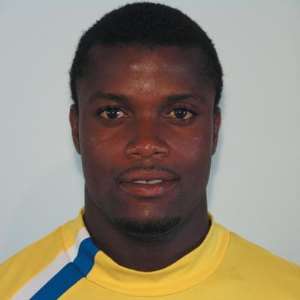 [caption id="attachment_271727" align="aligncenter" width="400"] Ishmael Addo[/caption] By Rahman Osman Follow Rahman on Twitter: @iamrahmanosman Former Accra Hearts of Oak goal poacher Ishmael Addo has revealed he will be signing for a Ghana Premier League side and insists he's not a spent force. The three-time Ghana Premier League goal king has been without a club since leaving Indian side East Bengal Club.Addo has played for a host of European clubs in France, Cyprus including playing in the Uefa Champions League Group stage with Israeli side Maccabi Tel Aviv.The 32-year-old says he is working on signing for one of the Ghana Premier League clubs ahead of the start of the season."I have not hanged up my boots. No not at all," Addo told GHANASoccernet.com"In fact we have been locked in negotiations with some clubs and I am sure once an agreement has been reached I should be ready to come back this season."I believe I still have a lot football in me and I will let that do the taking once I get back to playing."