David Accam: Helsingborg IF star not worried by lengthy spell on Ghana bench 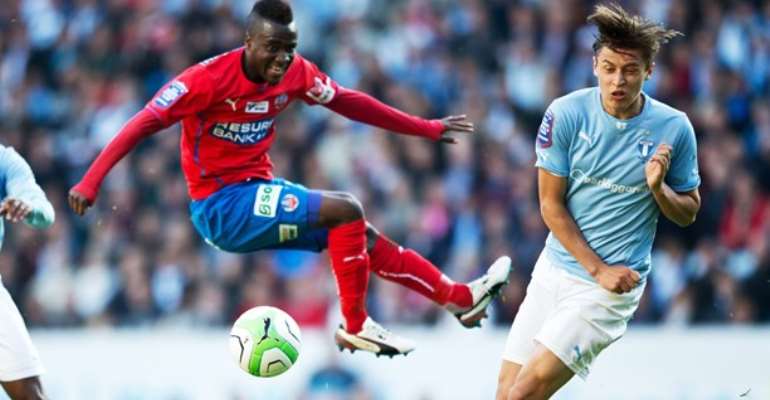 By Akyereko Frimpong Manson
Follow Akyereko on Twitter: @ AkyerekOfficial
Helsingborg IF star David Accam says he is not worried by his consistent benching by Ghana and has vowed to improve his work-rate to win him some playing minutes at the Black Stars.

The 24-year-old has failed to kick a ball in the Ghana jersey though he has been called seven times by the Black Stars and was part of the West African giants' preliminary squad for the 2014 World Cup.

Accam has become a habitual bench warmer anytime he is called up by Ghana but he insists he won't give it up.

“I'm not worried by that. All I have to do is to keep working until the time arrives,” he told GHANAsoccernet.com.

Ghana's attacking options would be limited in the next round of 2015 AFCON qualifiers due to suspension to Lorient attacker Jordan Ayew.

Misfiring Majeed Waris and crocked captain Asamoah Gyan are the only options left and the former Right to Dream Academy graduate might get his chance to shine.