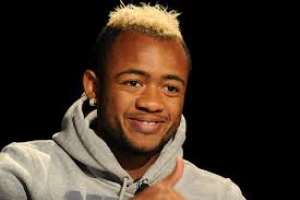 Jordan grabbed the match winner in the 76th minute while Jonathan Mensah was booked in the 57th minute.

It was a revenge for Jordan but a painful loss for Black Stars defender Jonathan Mensah whose team was tasting defeat for the second game on a row.

Evian – the host, had taken a 7th minute lead through Danish international Daniel Wass but Lorient, with only one win from the last five games Valentin Lavigne nine minutes later.

The two sides boxed it up for the rest of the half but could not score until Jordan Ayew claimed the match winner with a trademark finish 14 minutes from time.

Jonathan Mensah enjoyed victory over Jordan when the two sides clashed in the Ligue 1 but Tuesday night turned a win for Jordan.