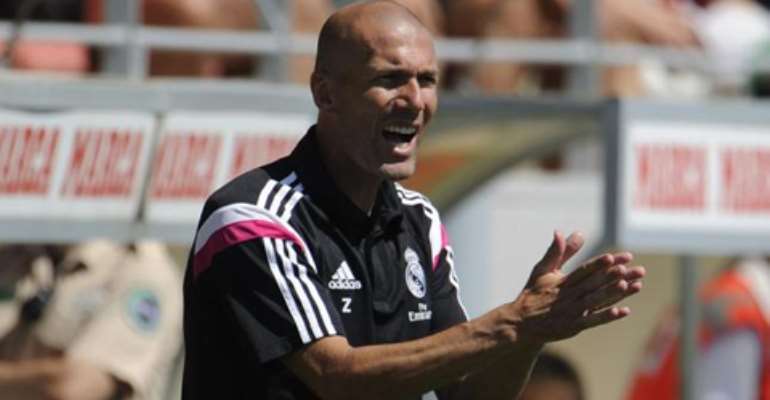 World Cup winner Zinedine Zidane has been suspended from coaching for three months for taking charge of a team without the right qualifications.

The Spanish Football Federation has banned the former France midfielder for leading Real Madrid Castilla, the European champions' reserve side.

Real issued a statement declaring their "absolute disagreement" with the decision, which they intend to fight.

The club said Zidane "has been authorised by the French Football Federation to work as a head coach in the category Real Madrid Castilla currently find themselves in".

Real's statement concluded: "Real Madrid will pursue every available legal avenue so that this decision is overturned."

Zidane was appointed reserve-team coach in the summer after working as assistant to Carlo Ancelotti last season, which ended with Real winning the Champions League.

The former France midfielder spent five seasons with Real as a player after joining from Juventus in 2001 for £45.8m, then a world-record fee.

He scored the winner as Real beat Bayer Leverkusen to win the Champions League in 2002, and was named World Footballer of the Year for a third time in 2003, having received the award in 1998 and 2000.

His playing career ended in controversy when he was sent off in the 2006 World Cup final - his last match before retiring - for headbutting Italy defender Marco Materazzi in the chest.

Zidane worked as an adviser to Real president Florentino Perez before he was appointed the club's sporting director in 2011.