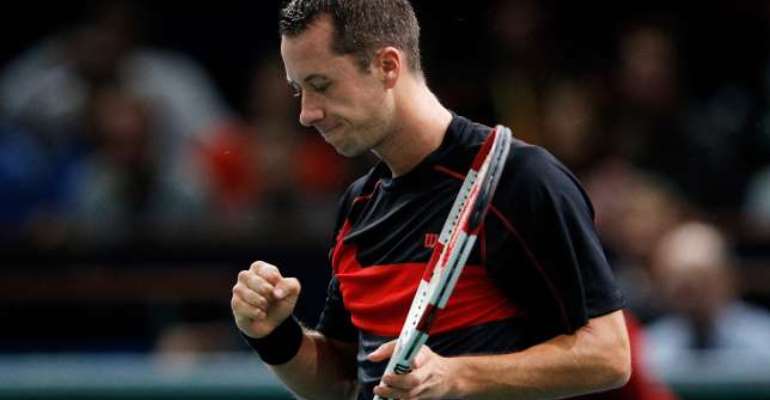 Kohlschreiber advanced past local hope Edouard Roger-Vasselin 6-3 6-1 at the hard-court ATP 1000 event in Paris, to book his seventh career meeting with Djokovic - the seven-time major winner holding a 5-1 head-to-head record.

The German has suffered defeat at the hands of Serbia's Djokovic at the clay-court Masters event in Rome, before a fourth-round loss to the eventual semi-finalist at the US Open.

Djokovic will be appearing for the first time on the ATP World Tour since becoming a father to son Stefan on Tuesday.

Thiem beat Dolgopolov 6-2 4-6 6-0 and will face Wawrinka - who is out of form with four straight losses on tour - for the first time in his career.

Sam Querrey, also a qualifier from the US, got past Poland's Jerzy Janowicz 6-7 (5-7) 6-2 6-4 - recovering from double-faulting on set point in the opener to win through.

Richard Gasquet also advanced in more good news for the home fans, as the beneficiary of Denis Istomin's retirement - the Uzbek calling it quits when trailing 6-7 (4-7) 6-2 4-0.