WE ARE DRINKING TOXINS! 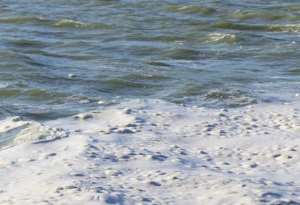 Mining in Ghana since 1890 has not really benefitted us much at all, Ghana started mining at the same time with South Africa and still we cannot rub shoulders with them in any away in terms of Community development and proceeds. The negative effects of mining in Ghana far out weights the positives which has been a great concern for community folks who are the direct beneficiaries of the activities of the Mine, be it Large scale mining or Small Scale mining.

Ghana is the only country in Africa that can boast of a Mining Act, which is the Minerals and Mining Act 703,2006.But that notwithstanding ,it is the most poorest and throat cutting regulation that favours the expatriate to the detriment of the locals. The Act 703 does not state anywhere that there are penalties for doing irresponsible mining.

Now back to my topic,a research conducted by WACAM and CEIA in 2008 which highlighted the health effects or implications associated with drinking contaminated water in most of the major mining communities such as Obuasi, Tarkwa, Bogoso, Prestea and Kenyasi is very high and above WHO standards.

People living in these areas are drinking contaminated borehole water and streams all because of some irresponsible mining activities of some mining giants operating on their land. Heavy metals that sink into the ground to the water bed have caused a lot and it's still causing more harm than good.

Communities in and around Obuasi are surrounded by the mine waste which seems as mountains when you stand afar. Some boreholes are not portable because of the high acidic and calcium contents in them, living communities to nothing but streams and rivers which are also being polluted by the small scale miners who mine in oue rivers. Community folks are left to nothing but to buy sachet water.

In Tarkwa and other surrounding towns, the same picture is being painted there. Rivers in the area have contaminated to the extent that, the GWCL have to use twice the chemical they use in treating the water which also have its own implications.

Reisdents of Kenyasi have their own story to tell, since the mine started operations, there have been several spillages which has led to the death of so many Aqua life.

Our Multi National Mining companies are costing us so as the Small Scale Mining Companies too. Most of our water bodies which we use to pride ourselves with have all being destroyed by irresponsible mining activities. River Birem, River Oda, River Offin, River Pra and others are no more portable again due to the huge amount of Mercury and other heavy metals from mining firms that flow into the rivers.

Some water bodies when tested with cassava or plantain turn pale blue, attesting to the fact that, there are heavy metals in our water. We have so many diseases that are afflicting residents due to this water pollution.

Some residents in and around some of these areas are suffering various skin diseases due to the heavy metals in the water they drink. The presence of Mercury in water cause deformations in unborn babies and even miscarriages to pregnant women. Skin Cancers and stomach ulcers are also not left out.

You can now bare with me when I say residents in mining areas are drinking Toxins.

The Environmental Protection Agency, Minerals Commission and the Ministry of Lands and Natural Resources should sit up and find a long lasting solution to this slow poison thing. The Minerals Commission should do all they can to pass the Mining Law which will have some penalizing clauses which will be used on irresponsible mining companies.

International Laws binding mining companies and the government such as the ECOWAS Directives on Mining Principles should be made justifiable and also be included the Mining and Minerals Act or the Law to curtail the government and the the companies from going overboard.

The Free Prior and Informed Consent should also be made justifiable and inculcated into the Mining Act! that gives the owners of the Land to stop a mining company from operating on their land if they don't prefer mining. It also limits the President powers in the Act 703 that gives him the power to give of any land to anyone who wants to mine without the understanding of the Local folks who will feel the real impact of the Mining Operations.

I urge various media houses and Civil Society Groups to help champion the cause of the Mining companies.