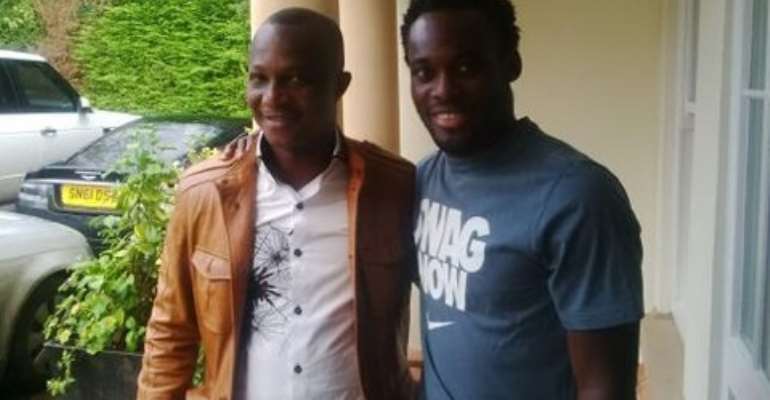 [caption id="attachment_271380" align="aligncenter" width="480"] Michael Essien[/caption] Ghana midfielder Michael Essien has jumped to the defence of former coach Kwesi Appiah saying he was in firm control of the dressing room. Appiah was pilloried after a melee with Kevin-Prince Boateng at the 2014 World Cup in Brazil which led to the expulsion of the Schalke 04 playmaker.Essien's refusal to warm up before Ghana's final Group E match against Portugal in Brasilia was also used against Appiah who was sacked last month.But The AC Milan rubbished all those allegations against the ex-Ghana captain during his in camera evidence to the World Cup Commission of Inquiry via Skype on Monday.His words were summarized by Thomas Boakye Agyemang, spokesperson of the Commission.“He (Essien) also said Kwesi Appiah did not lose the dressing room and the players co-operated well with him, and also their behaviour under coaches in Europe and local ones are always the same, willing to play and win.”

I Felt Very Safe Under Mahama – Manasseh
38 minutes ago