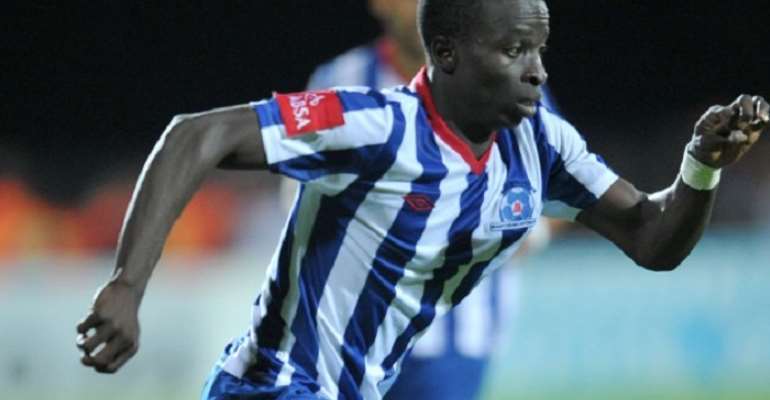 The 20-year-old is back in the Ghanaian top flight after an unsuccessful stint in South Africa with Maritzburg United.

Gyamfi has signed a three-year deal to join Kotoko and has already hit the ground running.

He scored in the second leg of the Super 2 friendly clash against rivals Hearts of Oak to attract the instant affection of the fans.

But the former Ghana U20 star says he is enjoying his football again due to the impressive tactics of his new coach.

“I'm really enjoying my time [at Kotoko] and I'm very much pleased with the coach's tactics during training and matches,” he said.

“In fact, I love everything about him.”
Gyamfi joined Maritzburg United in 2012 after impressing with Wa All Stars.

Injuries however took its toll on the swift winger during his time at Maritzburg United – leading to his release by the club.