Pacquiao already on weight for November 22 clash with Algieri 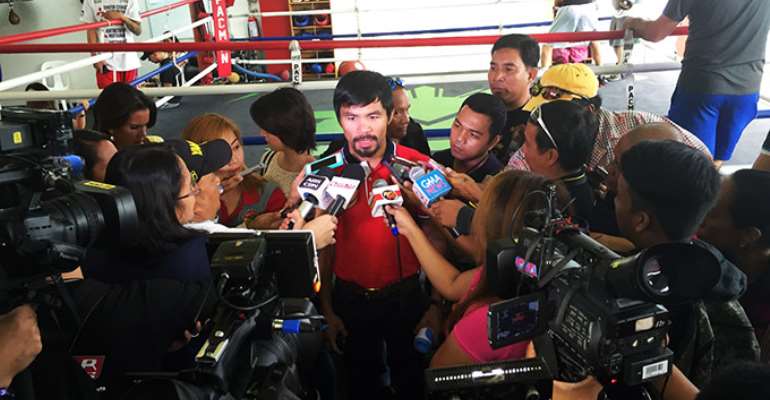 Eight-division world champion Manny “Pacman” Pacquiao put on an awesome display at his media workout on Friday. Members of the press from all over the Philippines crammed into his General Santos City gym to watch him work out with Hall of Fame trainer Freddie Roach.

“Weight has never been an issue for Manny. But to have him make weight four weeks in advance of a fight is incredible – even for him,” exclaimed Roach as Manny showed off his washboard abs to everyone with a camera. “He is so motivated for his fight with Algieri. The way Manny is training he could fight for his own AND Algieri's title on November 22!

“Being in the ring with someone as tall as Algieri may be unusual for Manny but it is far from intimidating. Sparring partners Viktor Postal, the undefeated WBC #1 super lightweight contender, Stan Martyniouk and Mike Jones are more than preparing Manny for his upcoming title defense. If Algieri's camp was seeing what I'm seeing here they would be adding worry beads to the collection of power stones they wear.