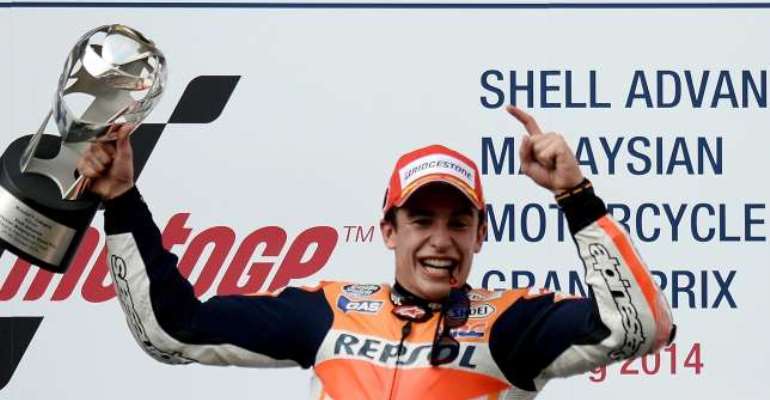 The Spaniard had not won since Silverstone in August, coming 15th and 13th in San Marino and Aragon respectively before Marquez wrapped up the title in Japan courtesy of a second-placed finish.

His winless run continued with a retirement in Australia, but Marquez eventually got his long-awaited victory at the Sepang International Circuit as he finished clear of Valentino Rossi and Jorge Lorenzo.

The win also equalled Mick Doohan's record of 12 premier-class wins in a season and Marquez revealed his pleasure after securing another victory.

"I'm really happy with the race. The strongest opponent was the weather, it was really hot," he told the official MotoGP website.

"At the start I was worried about the tyre life, especially looking towards the end. I was not so good through turn one but then I started to overtake riders. I came back strong and I'm very happy to return to the win."

Marquez started on pole in Malaysia but was forced to fight back after Lorenzo and Rossi both took the lead.

However, with victory giving him the chance to surpass Doohan's record in Valencia during the final race, Marquez is eager to finish with a flourish.

"I've equalled Mick Doohan's record with one race left - maybe I can beat it," he added.

"If I had a bad result here the pressure in Valencia would be more.

"But now I am free in Valencia and I can do well for my fans and just enjoy it!"