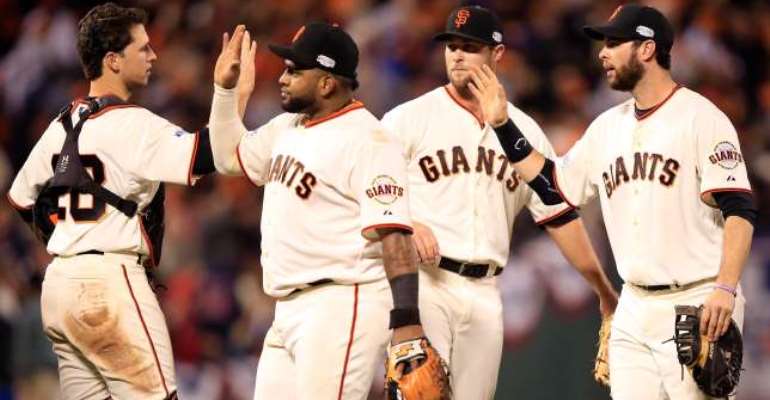 The Royals were seemingly bound for a 3-1 series lead when they took four runs from the top of the third inning at AT T Park to silence the home fans on Saturday.

Gregor Blanco scored off a Hunter Pence ground out in the first inning, but the Giants' early momentum was sapped by a marathon top-of-the-third from the Royals' offense.

Omar Infante then struck a two-run single, scoring Lorenzo Cain and Hosmer, before Salvador Perez's base hit saw Mike Moustakas cross home base as the home fans got edgy.

And the Giants' hitters found their groove, as the home side put on two runs in the fifth, three in the sixth and another four in the seventh to snuff out the Royals' chances of moving within a victory of the World Series.

Sandoval delivered the go-ahead single off Royals pitcher Brandon Finnegan to score Blanco and Buster Posey in the sixth inning, before Brandon Belt singled to score Pence as the Giants compiled a match-winning lead.