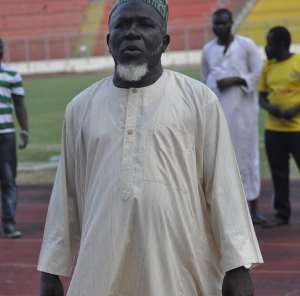 King Faisal owner Alhaji Karim Gruzah, who is in court with the Ghana Football Association, has ruled out out-of-court settlement which could further delay the start of the Ghana Premier League.

Faisal are in court with the GFA after losing an appeal challenging their relegation from the Premier League.

They decided to seek legal redress after a petition to have points deducted from Aduana Stars following their failure to pay a fine within the stipulated time after losing a protest against Hearts of Oak was squashed.

Faisal obtained an injunction by an Accra High Court on the GFA congress last month, thus delaying the start of the league.

“I am also a Ghanaian and King Faisal is an institution so I don't see why we should be treated differently on the same statute,” Gruzah is quoted by the state-owned Graphic Sports.

Gruzah said he was not to be blamed for the delay of the league because he wanted posterity to judge him as someone who stood for the truth and sought justice through the right channel.