Today in history: Bekoe wins most valuable player of the season award 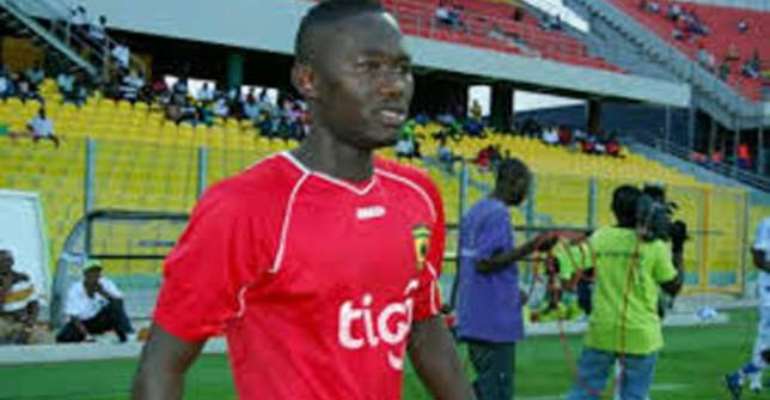 On Friday 24th October, 2008,Kumasi Asante Kotoko striker, Eric Bekoe emerged the Most Valuable Player of the 2007/2008 soccer season during the third edition of the Professional League Board (PLB) Awards held on Friday, at the Ghana International Trade Fair Centre in Accra. Bekoe, top scorer on the local scene beat team-mate, Harrison Afful and former Kpando Heart of Lions striker, Dominic Adiyiah, now with Norwegian Tippeligaen club, Fredrikstad FK to win the top most award at the ceremony dominated by Asante Kotoko.

The "Porcupine Warriors" were winners in seven categories that clearly confirmed their status as the best club on the domestic scene currently.

The ceremony, jointly organised by Ghana Football Association (GFA) and PLB, and attended by the gurus of football in the country was to reward stakeholders who excelled during the season. Other award winners were Hearts of Oak enterprising midfielder Kofi Abanga, Discovery of the Season, William Agbovi, Best Referee, Haruna Ayuba, Best Assistant Referee, King Faisal, Fair Play Team and Emmanuel Gyimah, Best Worker, GFA.

League Champions, Asante Kotoko received 10,000 Ghana Cedis for the feat while first runners-up, Heart of Lions had 6,000 Ghana Cedis and second runners-up Berekum Arsenal took home 4,000 Ghana Cedis. Participating clubs in the premiership were each presented with video footage of their games and certificates.

The GFA presented a special award to Alhaji Aliu Mahama for his contribution and support towards the development of football in the country and a Special Meritorious Award on Mr Justice Anin-Yeboah. Mr Justice A.K.B. Ampiah, former Chairman of GFA Congress was appointed Honorary President of GFA.

Alhaji Mahama , tasked the GFA to give special attention to youth football and the under-aged competitions as the first step towards laying a strong foundation for the future. He asked the GFA to exhibit high sense of professionalism in their activities as well as considering innovative means particularly about merchandising towards achieving their goals. Mr Welbeck Abra-Appiah, PLB Chairman, described the event as a landmark on the basis of several innovations that aided towards running a successful season.