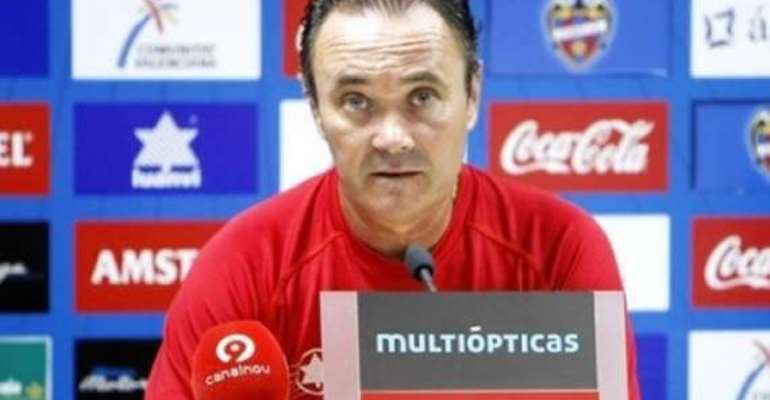 After critically studying the system with which the Ghana Football Association (GFA) is using to appoint the next coach for the Black Stars I think it in tandem of the expected process planned by the connoisseurs of the game.

The process by the way has been criticized by some of my media colleagues with the opening of the position up for applications was not the right way to go and I will not even pretend to agree with the whole process as well.

Of all three candidates, Juan Ignacio Martínez Jiménez affectionately known as "JIM" (his full name's initials) is the only one with the best Spanish experience of being the head coach of any national team handling over 10 Spanish sides and being well vested in the 'tiki taka' system  for a long period of time from 1997- 2014 which is Ghana's abandoned 'agoro'

Avram Grant with no national team experience and a $ 150,000 USD  as salary  and possession  of an Israeli passport will  never be considered with  his demand and diplomatic issues  and guarded Portsmouth, West Ham for relegation. As for Michel Pont, he was for many years the assistant coach for the Switzerland team.

For me, my preferred choice among the three of the above-mentioned coaches is 'JIM' if Ghana wants to go in for a top notch expatriate coach.

Having said that, the purposes of considering the three interviewed coaches, I believe that Juan Ignacio Martínez Jiménez is not just the most preferred of the three, but also the best to transform the embattled Black Stars with fresh modernized systems in the world making the Spanish League a force to reckon with.

He was appointed at La Liga side Levante UD on 9 June 2011, replacing Getafe CF-bound Luis Garcia. After two draws in the first two rounds, Martínez coached the team to seven consecutive wins; including a 1–0 home triumph against Real Madrid which meant it led the league during several rounds

He has exhibited promises to manage and has the experience of managing big stars and big egos, which could come in handy with respect to players like Sulley Muntari, Michael Essien and Kevin Prince Boateng and other egoistic characters yet to sprout in the near future.

The youngest among the three at age 50-year will understand the attention players deserve in order influence quality play to get results. This philosophy transformed some big Spanish players during the 2010 World Cup in South Africa to aid the annexing the trophy.

Juan Ignacio Jimenez would probably see this as a new challenge because he has never been involved in a national team set up according sources close to the interview panel he was the most impressive in relation to modern day football analysis as compared to his contenders.