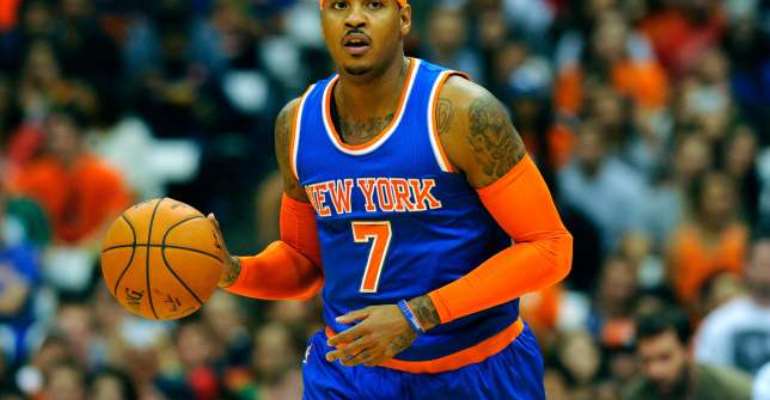 Anthony scored 30 points as the Knicks rallied from a 10-point deficit to edge the Washington Wizards 103-100 at Madison Square Garden.

His haul included a three-point play with 13.9 seconds remaining to put the Knicks ahead before Otto Porter missed a chance to force overtime.

Gerald Green missed a three-point shot on the buzzer for the Suns.

LeBron James was rested as his Cleveland Cavaliers went down 96-92 to the Memphis Grizzlies at the FedExForum.

The Houston Rockets rallied from behind to overcome the Orlando Magic 90-89.

Trailing by 13 with a quarter to play, the Rockets battled and claimed victory thanks to Jeff Adrien's late free-throw.

Shabazz Muhammad had a game-high 19 points and Nikola Pekovic produced a double-double of 15 points and 13 rebounds in the Minnesota Timberwolves' 110-91 thrashing of the Milwaukee Bucks.

The Boston Celtics' pre-season came to an end with a victory, beating the Brooklyn Nets 100-86, and the Toronto Raptors beat Maccabi Haifa 92-85.