'Messi is close but I'll break the record' 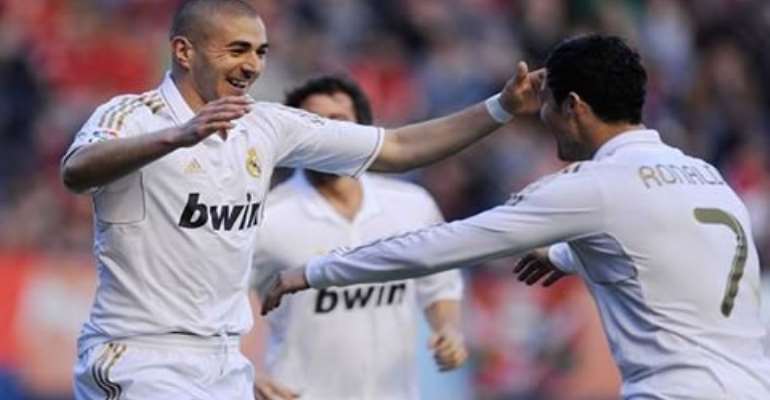 Cristiano Ronaldo  remains confident he will pip  Lionel Messi  to the Champions League goalscoring record after edging closer to Raul's mark in  Real Madrid 's 3-0 win at  Liverpool  on Wednesday.

Ronaldo moved within one of the former Madrid striker by grabbing his 70th strike in the competition at Anfield, one more than Barca star Messi.

The Portuguese had numerous chances to claim a share of the record but was thwarted by home goalkeeper Simon Mignolet.

Ronaldo was certainly not downbeat afterwards, however, telling  Sky Sports : "I am not worried about that. I know I'm going to beat the record, if not tonight then some other game. Messi is very close too."

The former Manchester United star acknowledged the individual prize on offer, admitting it was "an indication of hard work" but was happy to focus on the team's impressive progress.

He added: "It's a team game. We have nine points, 75 per cent of the qualification is done.

"It was special, my first goal here at Anfield and I feel very proud for that. We got the three points, it was amazing.

"We knew before the game that Liverpool at Anfield is difficult but we played fantastic, especially in the first 45 minutes and we deserved to win."

Madrid were ruthless in a first half they dominated, Ronaldo's wonderful finish following neat build-up play from James Rodriguez added to by two Karim Benzema strikes.

Carlo Ancelotti's side are favourites to become the first team to retain the Champions League but Ronaldo was adamant they must not let-up.

"We are taking it step by step. We are going to try like last year. We know it's going to be very tough. We are positive and know it will be possible if we play like that."