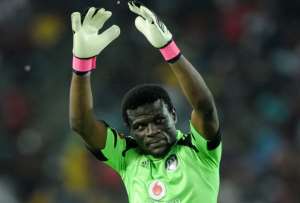 Ghana goalkeeper Fatau Dauda will play his first match for AshantiGold this Sunday on his return to the club in a friendly against King Faisal.

Dauda, 29, has rejoined the Len Clay outfit after a frustrating one and a half year in the South Africa.

The former Orlando Pirates shot stopper faces a tough assignment to reclaim the number one position with competition from Robert Dabou and Nana Bonsu.

Dauda was in post for two of Ghana's three Group matches at the 2014 FIFA World Cup finals.