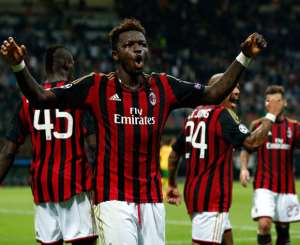 Sulley Muntari has paid glowing tribute to veteran AC Milan goalkeeper Christian Abbiati and has been motivator in his career.

Abbiati stepped in for the injured Diego Lopez and helped his side to beat Hellas Verona 3-1 on Sunday.

Muntari lasted the entire duration and thought the former Italy international were impressive between the sticks.

“A win was what we wanted. We had trained well during the international break. We're happy and the improvement was there to see,” Muntari told www.acmilan.com

Muntari has been in top form this term at the San Siro where he scored two goals in six La Liga appearances.