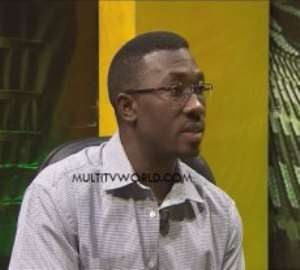 The Medical Officer in charge of the National Youth Football teams, Doctor Prince Pambo has warned the government not to dream of hosting the 2015 Africa Cup of Nations due to the Ebola disease outbreak in the West Africa sub-region.

According to the experienced medical Doctor, the government of Ghana should dare not consider hosting the biggest football tournament in Ghana because the country risk bringing on it the potential spread of the deadly Ebola Viral Disease.

The Confederation of African Football (CAF), last week wrote to Ghana and South Africa to consider hosting the biggest football competition in Africa after original hosts Morocco ask the CAF to postpone the tournament over Ebola fears.

But South Africa made the  announcement last week that they were not interested in hosting the tournament because the country have had enough hosting rights already that is; the 2010 FIFA World Cup, 2013 Africa Cup of Nations and 2014 Africa Nations Championship (CHAN) and they believe  they have had enough .

Speaking on Asempa FM's Sports World Show, the official Black Satellite medical officer said if a country like Morocco well advanced in health facilities and financially sound have even called off  the hosting  of the tournament then why should Ghana even  consider to stage the competition in January.

“My personal opinion is that when you compare the health system of both Ghana and Morocco you can realized that Morocco is far ahead of Ghana and if their running away from hosting then I believe the decision of Ghana considering of hosting the AFCON is not the best.

“I can emphatically say that Ghana is not ready to fight against the deadly Ebola virus should it start spreading, so I think the government should say no to CAF this time because it will not help all of us.

“Ebola is a very deadly disease and if it starts spreading in Ghana today, I swear all of us will die and that's why Morocco is dissociating itself from hosting the rest of Africa”. He stressed further.

Reputable organizations like Ghana Medical Association, IMANI Centre for Policy and Education have all kicked against attempts by government to consider hosting the rest of Africa.

Odododiodoo: ‘Impotent’ Police Cause Of Constant Clashes – ...
2 minutes ago