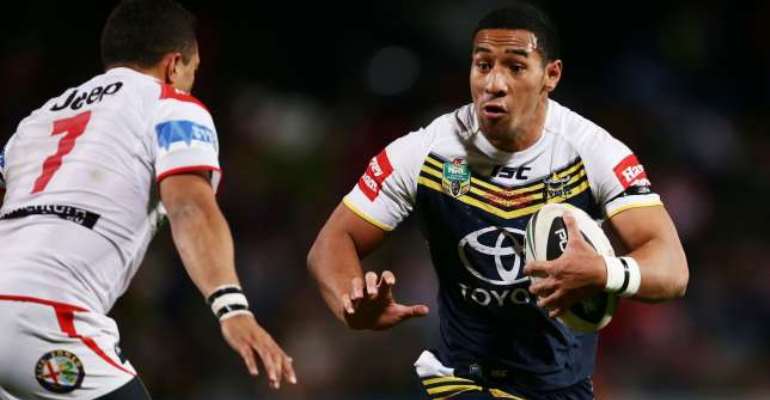 Tautau Moga, Reni Maitua and Sauaso Sue were omitted from Matt Parish's team for the clash at Suncorp Stadium in Brisbane on Saturday.

The trio were reportedly involved in a nightclub altercation in Brisbane over the weekend, and have not been named in the matchday party of 18.

According to reports in the Australian media, North Queensland Cowboys centre Moga was arrested after an incident at Hot Gossip nightclub.

A post on the NRL's official website revealed the 18 to face England, and confirmed that the trio were "not considered for selection pending finalisation of an NRL Integrity Unit review".

After facing England, Samoa will take on New Zealand in Whangarei on November 1, before meeting Australia in Wollongong eight days later.