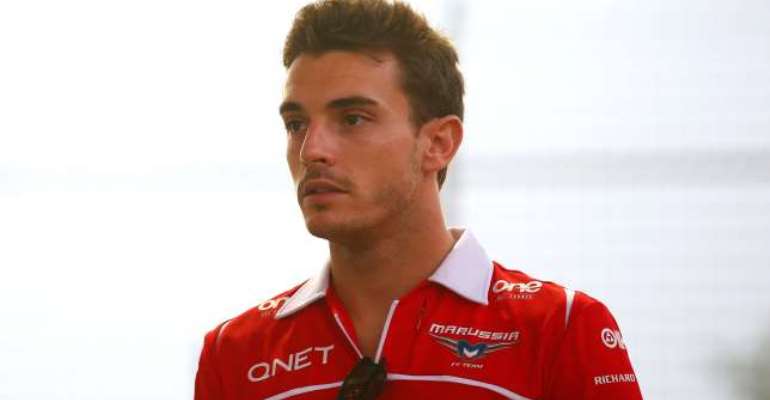 Bianchi, 25, is still fighting for his life after an incident at the Japanese Grand Prix on October 5, when he crashed into a removal crane.

Gascoyne said the FIA had done a good job improving safety and believes the Bianchi crash was a reminder of how dangerous motorsport is.

"I think the improvements to barrier safety, circuit safety, the new circuits, better run-off areas, all of these things are ongoing, and will be," he said.

"And when you have incident like what happened to Bianchi, it's terrible but it reminds us that these cars are racing around at 200mph.

"One thing we always say is if you look at the back of your ticket, it says motorsport is dangerous and it always will be, you'll always get the odd accident that happens.

"There's a terrible outcry about that terrible accident in Japan and of course there should be. But there will be lots of people who broke necks or broke backs that weekend doing sports."

Gascoyne was unsure how the FIA could make Formula One safer, with the Bianchi incident happening with the race under double yellow flags.

But he said any response to the accident needed to be "measured".

"Because the warnings were there, it just didn't work. So, I think you always get a media storm when this happens, quite rightly questions are asked. But let's not overreact to it.

"I think as tragic as it is, and the young guy's fighting for his life, we've just got to make sure we do the right things in a measured way, and not have a major knee-jerk reaction."

We’re Investing Massively In Infrastructure; Not Rearing Fly...
10 minutes ago

Mahama Shakes Tarkwa As Menzgold Customers Give Him Rousing ...
10 minutes ago