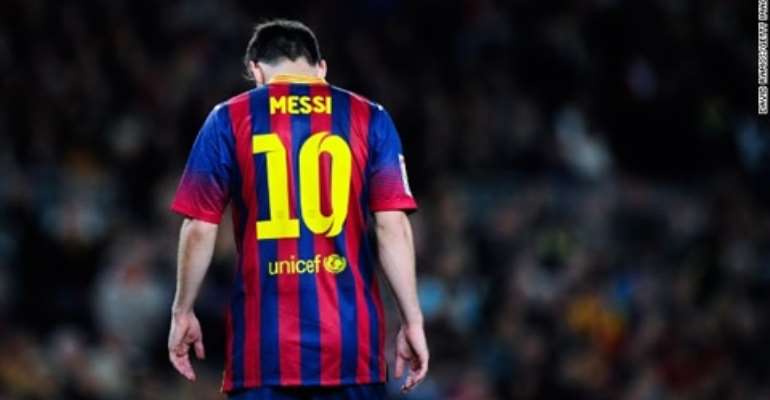 Luis Enrique  refused to be drawn into an argument over  Lionel Messi  's apparent refusal to be substituted in Barcelona  's victory over Eibar.

Messi scored Barca's third goal in the 3-0 win at Camp Nou on Saturday and head coach Luis Enrique appeared to signal to the striker his intention to bring him off.

However, the Argentina international - who needs just two goals to become the all-time leading goalscorer in La Liga - seemed to ignore those calls and Neymar was withdrawn instead.

Luis Enrique was reluctant to discuss the issue ahead of Barca's Champions League clash with Ajax on Tuesday and insisted it was normal to consult a player before making a decision over a possible change.

"I don't want to really get into this kind of discussion," he said. "We have to worry about so many different things when we talk about substitutions, who's on a yellow card, who's injured.

"Sometimes I make mistakes. I don't want to get into the kind of argument about how you've interpreted this substitution.

"Before we make substitutions we like to ask the players how they're feeling, whether they've taken a knock, whether they're in trouble, we make decisions depending on what they tell us.

"Particularly when it's the last change as it's the last one you've got. I think people have interpreted things the way they wanted to about what happened the other day.

"But for me it's all about the confidence I have in the players, what I see on the pitch and what the players have told me is happening. I won't change that, that's how I will act during my tenure as Barca coach."

Having lost their last Champions League match at Paris Saint-Germain, Barca need to get their Group F campaign back on track against the Eredivisie champions.

Luis Enrique is keen for his men not to take the Dutch side lightly and pointed to Barca's 2-1 loss to Ajax in Amsterdam in last season's group stage as proof of their quality.

"We're going to have to play a very good game," he added. "We don't want Ajax to let their virtues to flourish and they have many virtues.

"They are a side that like to take risks, bring the ball out of defence; they play the ball well and put opposition under pressure.

"We saw last year they can cause difficulties for Barca, in fact they did beat Barca. So it's a game where we need to be at our best."

The former midfielder also confirmed Sergio Busquets will undergo tests prior to Tuesday's game to determine if he is fit enough to start.

"We will conduct medical tests on Busquets tomorrow [Tuesday] morning to see if he will be able to play. We are used to playing every three or four days, and the most important match for us at the moment is one against Ajax, not the Clasico."