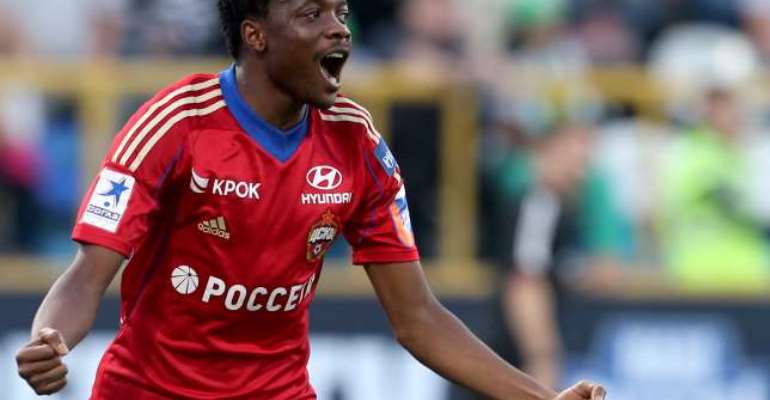 Musa heads into the Group E encounter on the back of scoring twice in a 6-0 hammering of Kuban Krasnodar on Saturday, having also helped himself to a brace in Nigeria's 3-1 win over Sudan last week.

City did the double over CSKA last season, but striker Musa believes the Premier League champions are vulnerable at the back.

"As you can see, they are very weak this year. We are going to use that advantage against them." said Musa.

"In a couple of games they haven't been that good. They are very weak in the defence, so we are going to do our best to work against that.

"I think we are going to have a great opportunity because of the quality of the players we have. I think Tuesday is going to be a very good game for us.

"We are going to do our best to win because this is the last opportunity that we have."

Tuesday's game will be played behind closed doors at Arena Khimki as punishment for racism and crowd trouble from CSKA fans.

And Musa believes UEFA's decision to ban fans from attending the game in unjust.

"We are going to miss the fans. It is very difficult for us to play without our fans."

When asked if the punishment was unfair, he said: "Yes, it is unfair."