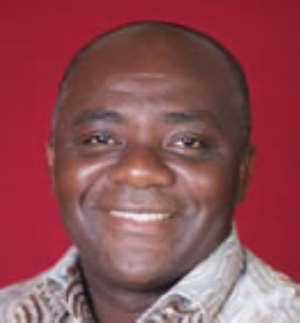 A Survey conducted by DAILY GUIDE during last Saturday's presidential  primary of the New Patriotic Party (NPP) in the Central Region revealed that there were no agents to represent Francis Addai-Nimoh, one of the presidential hopefuls of the party, in most of the constituencies.

DAILY GUIDE can state that Mr. Addai- Nimoh had agents in only three out of the 23 constituencies in the region.

Some of the constituencies are, Komenda-Edina- Eguafo-Abrem (KEEA), Twifo-Ati-Morkwa, Hemang-Lower-Denkyira, Assin North, Assin Central, Assin South, Cape Coast North and South, Mfantseman, and Abura- Asebu-Kwamankese, The scene was pathetic during the counting of the ballots when the Electoral Commission (EC) officials demanded that agents of the three aspirants should come round the table.

DAILY GUIDE can further disclose that nobody showed up as agent for Mr. Addai-Nimoh – a situation which compelled people to speak all kinds of negative things about him.

According to the delegates, he did not even go to the region to campaign and that might have accounted for his having no polling agent in the area.

Although Addai- Nimoh did not have agents in most of the areas, he managed to get between one to seven votes in the constituencies, except in about three constituencies where he scored zero.

The elections, which were supervised by the various district and municipal police commands, recorded no casualities.

There was total jubilation in the Cape Coast Metropolis as supporters of the party trooped into the party office amidst drumming and dancing, to party songs and brass band music.