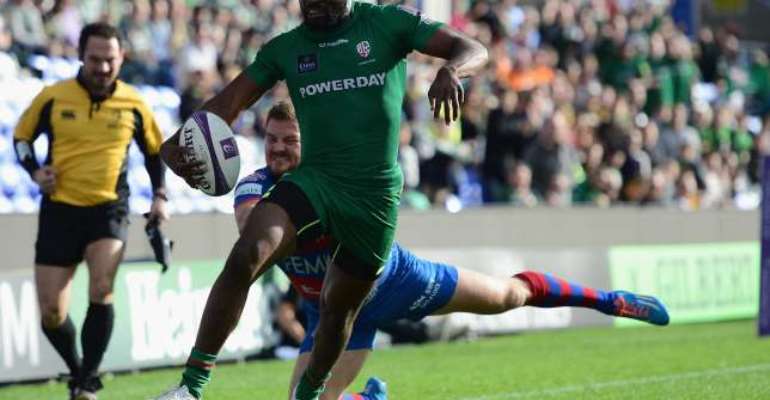 The former England international claimed all of his scores in the first half at the Madejski Stadium as Irish went on to cross 10 times in a one-sided affair.

Ojo went over in the corner in the fourth minute for his first, before fly-half Myles Dorrian touched down 19 minutes later following an excellent break from debutant Eoin Griffin as Irish took an early grip on proceedings.

The 29-year-old Ojo completed his treble with two tries in seven minutes before the break, both of which were converted by Dorrian, who recorded a 100 per cent success rate from the tee to finish with 25 points in total.

Irish built on their already substantial lead early in the second period as Griffin marked his first appearance with a try, before the visitors had something to cheer when Luke Mahoney got them on the board following a clever line-out.

Normal service was resumed shortly afterwards, however, as replacement Leo Halavatau scored soon after coming on, which was quickly followed up by tries from Kieran Low and Tom Guest.

Dan Leo crossed with six minutes remaining and after James Short took Irish's try count into double figures, while Rovigo replacement Andrea De Marchi at least ensured the visitors had the final say with a consolation try in a crushing defeat.

Let's Avoid Second Wave Of COVID-19 By Following All Protoco...
9 minutes ago