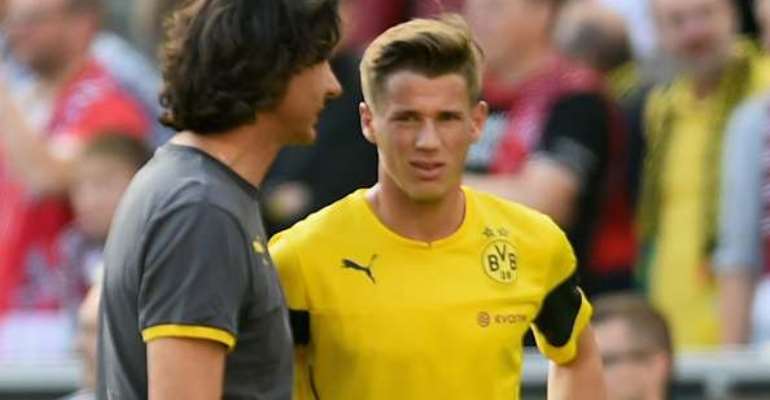 Durm felt some "tension" in his thigh as he prepared for Dortmund's match in Cologne - which they would lose 2-1 - and was replaced in the starting line-up by Marco Reus, who made his first appearance for Jurgen Klopp's side since August.

Dortmund have yet to confirm if the 22-year-old will need extensive rehabilitation but Klopp made it clear the Bundesliga club had no idea the injury was on the horizon after Durm trained fully on Friday.

"Out of nowhere today he had tension in the thigh," Klopp said.

"He then tried again [after initial treatment by the physio] but at the end the thumb went down, and therefore we had to change."

Reus played 90 minutes, while Henrikh Mkhitaryan and Ilkay Gundogan both started, coming off in the second half.

It was Mkhitaryan's first Dortmund match since September, while Gundogan had not played for Klopp's team since August.

We’re Investing Massively In Infrastructure; Not Rearing Fly...
24 minutes ago

Mahama Shakes Tarkwa As Menzgold Customers Give Him Rousing ...
24 minutes ago