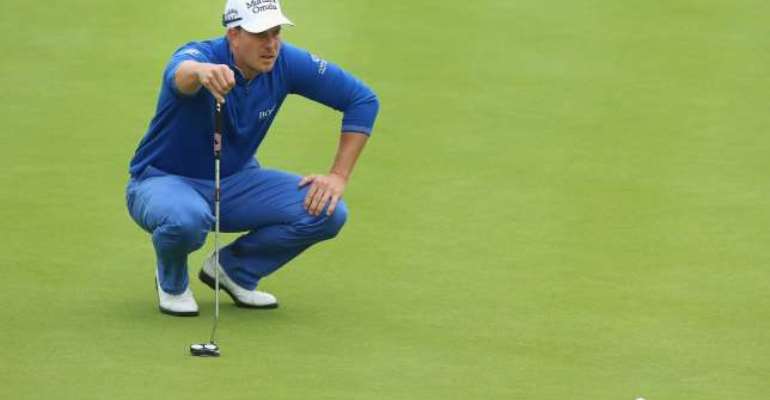 Stenson prevailed in an all-Swedish clash against Jonas Blixt, winning 2up, and will face surprise package George Coetzee on Sunday.

The South African - an injury replacement for Thomas Bjorn - overcame Patrick Reed 2 and 1.

Coetzee and Stenson met on the opening day of the event, the former birdieing the last to halve the round-robin match.

Joost Luiten maintained his 100 per cent record on Saturday with a comprehensive 6 and 5 triumph over Pablo Larrazabal and the Dutchman is pitted against Mikko Ilonen in the final four.

Like Coetzee, Ilonen got the better of a Ryder Cup rookie who impressed at Gleneagles last month as he beat Victor Dubuisson 2up.

Stenson was made to sweat by his compatriot as Blixt ate into a three-hole lead with birdies on the 14th and 15th.

The world number five held his nerve to close out the win on the last and told the European Tour website: "Everyone comes back at me. No one lets me have an easy finish here, which you kind of expect that but not every time.

"He definitely pushed an old man all the way to the last there and made it very interesting."

Following wins in his three group matches, Luiten recorded his biggest victory margin of the week against Larrazabal having been handed the initiative when his opponent found the water on the first hole.

Luiten also won the second, fifth and sixth before moving five up after seven. The duo exchanged birdies at 11 and 12 ahead of the match's early conclusion.

Reed was magnanimous in defeat to Coetzee as the American shot six under but still came up short in a high-quality encounter.

"He beat me in extra holes in the Accenture Match Play earlier this year but that was a match where we both played really poorly and it was more of a pillow fight," Reed explained on the European Tour website.

"Today was just one of those things about match play - even if you play really well you can still get beat."

There was somewhat more erratic fare in evidence from Dubuisson, with bogeys on three of the London Golf Club's four par-threes set against two eagles and five birdies.

The Frenchman's second eagle had the match all square after 15 but he lost 16 to a par and Ilonen sunk his eighth birdie of a round with no dropped shots to secure a place in the semis on the final green.