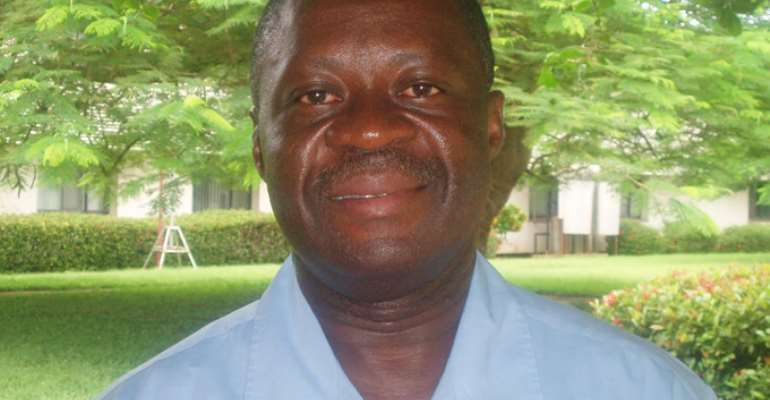 The Director of Noguchi Memorial Institute for Medical Research (NMIMR), Prof. Kwadwo A. Koram has cautioned Ghana against entertaining the idea of hosting the 2015 African Cup of Nations (AFCON 2015) as the Ebola death toll rises.

With the deadly virus spreading like a wild fire in some West African countries, the initial host country, Morocco has notified the continental football body, CAF, that it can only host the tournament if it is postponed.

According to the World Health Organisation, about 4,500 persons have died from the Ebola virus in Guinea, Liberia, Sierra Leone and Nigeria. The disease infects humans through close contact with infected persons, animals, including chimpanzees, fruit bats and forest antelope.

Youth and Sports Minister, Mahama Ayariga stated that Ghana is ready to host the African Cup of Nations in January 2015, despite the threat of Ebola.

But Prof. Kwadwo A. Koram, a renowned epidemiologist and current Director of the NMIMR,  told Joy FM's news analysis programme, Newsfile, the country is not prepared for any Ebola outbreak.

He advised the country to be careful in considering CAF's proposal to host it because of the deadly nature of the virus that kills seven out of 10 victims.

“From what I have seen in the country now, I will say no,” Prof. Koram emphasized.

His concern is grounded in the fact that the country would not have the capacity to conduct contact tracing of the thousands of football fans who will be cutting across the country.

He addressed the perceived simplicity of conducting contact tracing in the country.

“Each stadium is holds, 20,000, 40,000 people. If you have even one case coming up from the stadia, you're completely at a loss to try and locate all those who had contact with the victim.”

He was certain the already overstretched health facilities in the country would be overwhelmed should there be an outbreak of the virus in Ghana.

Making reference to the situation in Nigeria, he explained that, “They had to do more than 20,000 contact tracings on a single case before they were able to contain the situation.”

He stressed that that single case was in a hospital and the situation would be even more dire in a location as large as a stadium.

In his view postponing the tournament as suggested by Morocco is a step  in the right direction because it will give health personnel the space to improve their understanding of the Ebola virus, even though nobody can tell when the battle would be won.

The Ghana Medical Association (GMA) has also indicated that the country is not prepared to confront the virus and warned against the hosting of the tournament.

Meanwhile, some individuals and organization have been prevailing upon CAF to postpone the AFCON 2015.