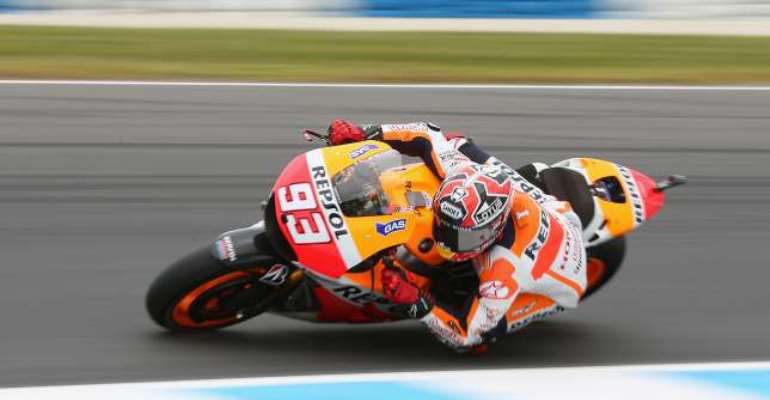 The Repsol Honda man has already sewed up his second successive MotoGP title in as many attempts after finishing second at the Japan GP in Motegi earlier this month.

But he is poised to further celebrate his success, after securing front spot on the grid in Australia with a best lap of one minute 28.408 seconds on the island.

It is the first time Briton Crutchlow has made it onto the front row of the grid in 2014, and comes after team-mate Andrea Dovizioso secured pole for Ducati in Motegi.