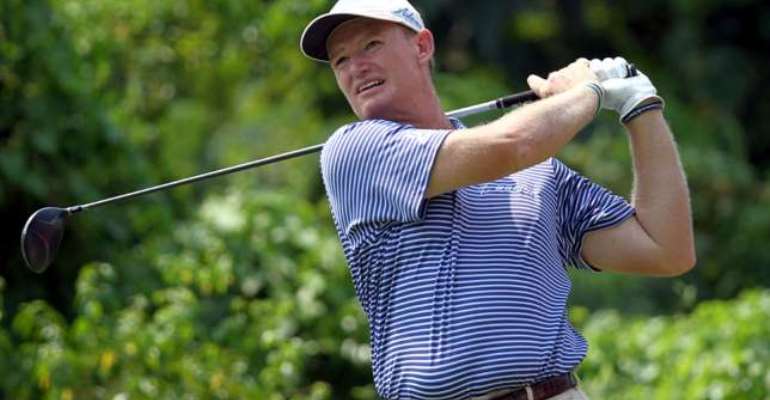 The four-time major champion shot a four-under 66 on the first day's play at the Hong Kong Golf Club in Fanling and went one better than that on Friday to open up a two-shot lead ahead of a three-way tie for second.

Els began his round at the 11th and birdied six of his first 11 holes, before a bogey and six successive pars saw him finish the day nine-under overall.

The South African had begun the day two behind Jyoti Randhawa, but the Indian could only manage a level-par 70 on Friday as he dropped into a cluster of 11 golfers on six-under.

The trio of Raphael Jacquelin, Scott Hend and Cameron Smith are all two shots adrift of Els after shooting 67, 66 and 65 respectively in their second rounds.

Reigning champion Miguel Angel Jimenez, meanwhile, was two-over-par after rounds of 72 and 70, and missed the cut.

Elsewhere, there was a hole-in-one for Prom Meesawat on the par-three second, which helped the Thai to a four-under 66 and three-under overall.

Els was pleased with his performance on Friday, but insisted that the birthday celebrations would not be overly exuberant as he goes in search of his first European Tour success since winning the BMW International Open in June last year.

"I'm looking forward to the rest of the week and obviously in a good position.

"I won't have any alcohol to celebrate but I'll have a bit of cake and relax back at the hotel and see what we do for dinner tonight."