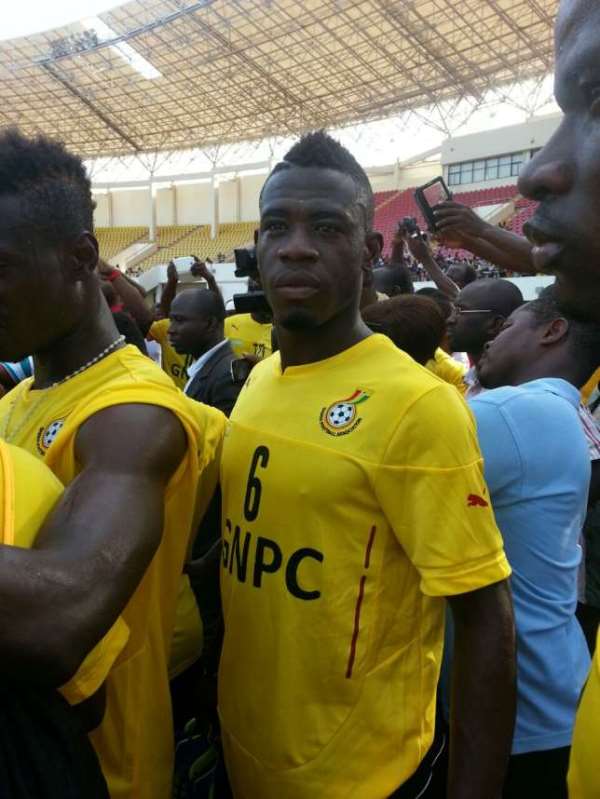 Midfielder Afriyie Acquah was not happy with caretaker coach Maxwell Konadu after he was left out of the 18-man Black Stars squad for the Guinea clash, sources close to the player confirmed to allsports.com.gh.

The 22-year-old has not started under coach Konadu since his short appearance in Ghana's 1-1 draw with Uganda in Kumasi, and it is a situation that has the defensive midfielder already stirring the pot.

Acquah has played somewhat of a major role so far for his club side Parma in the Italian Serie A, but is frustrated with his place amongst the reserves of the Black Stars, having played the last 22 minutes against the Cranes of Uganda.

According to the source, Acquah was highly disappointed for missing out on the 18-man squad to Let me play Edwin Gyimah, who came on as substitute for Solomon Asante against the Guineans on Wednesday.

"Acquah is very frustrated for not getting enough playing time for Ghana and most often sitting on the bench. He is upset and feels that he is better than many midfielders in the team. How can Gyimah even start ahead him?," a close source to Acquah told  allsports.com.gh .

With or without Acquah in the starting line-up, the Black Stars however were in great form after recording a convincing 3-1 triumph over the Syli Nationals on Wednesday.

Acquah made his debut appearance for Ghana in friendly game against Chile in February 2012 and has played six games since.

Ghana tops Group E on 8 points out of four games and will face Uganda next away before hosting Togo at home to confirm their qualification to Morocco 2015.