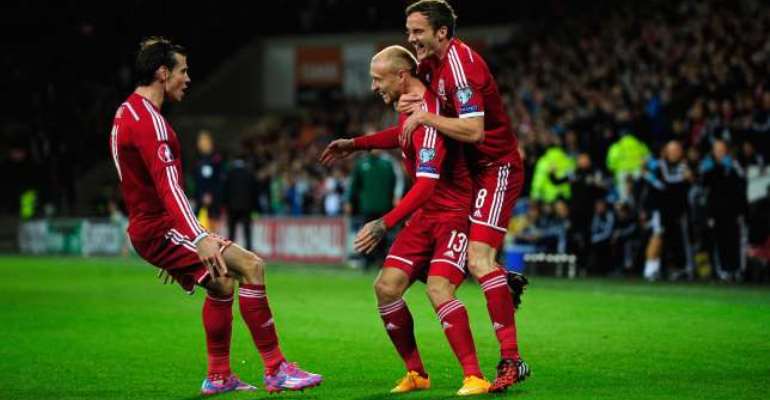 Speed led the national team for just under a year before his death in 2011, which provoked an outpouring of grief among the football world.

Chris Coleman was tasked with taking over from his former international colleague, and after failing to reach the World Cup in Brazil, Wales have made a strong start to their Euro 2016 qualifying campaign.

A creditable 0-0 draw with Bosnia-Herzegovina was sandwiched by wins over Andorra and Cyprus, to leave Coleman's side top of Group B on seven points.

And Cotterill, who scored the first goal in the 2-1 victory over Cyprus on Monday, believes the team's progress can be attributed to Speed.

"He started all this off, the togetherness," he told BBC Wales.

"Every time we've come away the last few camps everyone seems together and it definitely changed when Gary Speed took over.

"Chris Coleman's taken that on board as well and things are improving.

"Everyone here is working extremely hard for each other and we're all together."