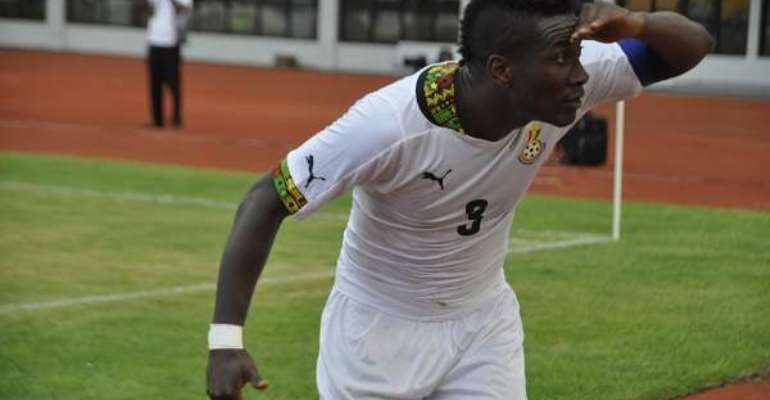 Guinea coach Michel Dussuyer has heaped plaudits Asamoah Gyan in the aftermath of their 3-1 to Ghana on Wednesday.

Gyan opened the scoring for the Black Stars after he tip-toed the ball into the net from Jordan Ayew's cross in the first half.

The Black Stars captain's resilience proved fruitful in the second half as well after his deflected shot was adjudged to have hit the hands of Abdoulaye Cisse in the penalty area, which Andre Ayew stepped up and put the goalkeeper the wrong way to restore Ghana's lead.

"Gyan worked unbelievably for the team."
Ghana tops Group E with 7 points out of four games, whiles Guinea languish at the bottom on four points.

The Black Stars will face Uganda next away before hosting Togo at home to confirm their qualification to Morocco 2015.