Show us love: Ayew compares Black Stars fall out with fans to man and wife 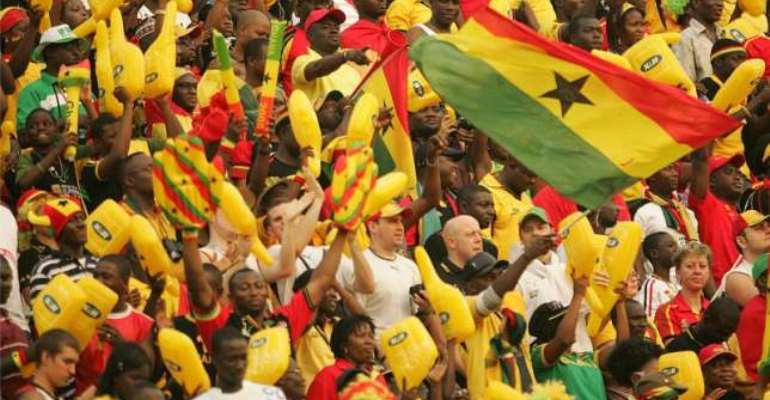 Andre Ayew followed the steps of captain Asamoah Gyan to once again apologize for the abysmal performance and drama of the Black Stars at the 2014 FIFA World Cup in Brazil.

Andre Ayew who scored from the penalty spot as Ghana beat Guinea in the Africa Cup of Nations qualifier game on Wednesday however took another approach with an unusual analogy.

The Olympique Marseille player compared the fallout of the senior national team and Ghanaian football fans to an argument between a man and his wife.

Ayew in an apologetic mood said after the game against Guinea:

'In life it's like a man and wife arguing. When you argue with her, she gets angry and will not mind you but later she will come back. It's the same thing. We are begging them to come and support us and hopefully they will show us more love.

'We would like to thank all Ghanaians and as I have already said, what has happened has happened. From the players' side, if we've hurt people, we say we are sorry.

'We did not have the results we wanted at the World Cup. We are very sorry. And hopefully they will forgive us and they will come more and more in the stadiums. Anywhere we play whether in Accra, Kumasi, Tamale, we hope Ghanaians will be there to support us.'

Ghana won the game against Guinea by three goals to one with Asamoah Gyan and Emmanuel Agyemang Badu the other players who added to Ayew's penalty goal. Follow @kboakye92