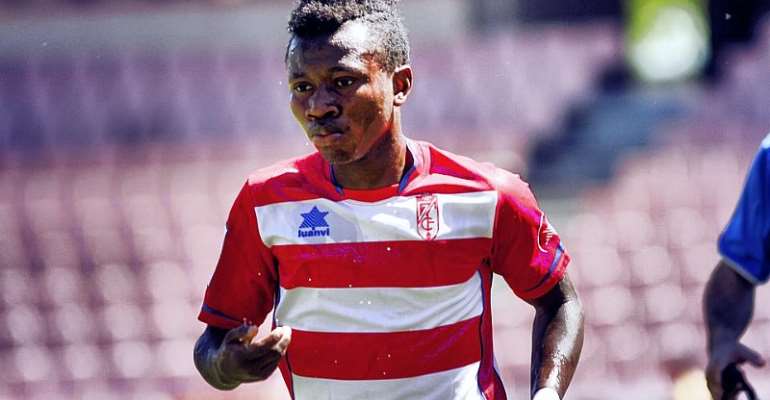 Ghana youth international Clifford Aboagye has expressed delight at his progress at Granada FC and is keen to improve his form to enhance his chances of La Liga debut.

The 19-year-old scored and set up a goal for Granada B as they posted a 4-0 win over La Roda on Sunday.

The strike, his first of the season in six games for Granada B in the Segunda B and he is confident scoring will up his confidence to work even harder.

“I feel very excited to have scored in the game because that is what I have been yearning for all this while. Its the results of learning and improving and I believe it will prepare me for the first team in the near future,” he told GHANAsoccernet.com.

Aboagye has come under criticism for failing to make the mark at Granada despite huge expectations after winning the Bronze Shoe at the 2013 FIFA World in Turkey.

But he is unperturbed by the comments he has failed to meet expectations, comparisons with France's Paul Pogba is a regular in the Le Blu senior squad.

“As I said previously football is about stages. There are so many difficulties. So I need to face the challenges ahead and concentrate in order to get to the top. Not people criticising,” he added.